We did the #30DaysWild challenge last year. I blogged every day in June, having done something #wild, even if it was just for a few minutes. It was good fun. And made me appreciate more than ever our surroundings again. This year I decided to do it again, though I don’t seem to as much time, it is still good at making me think about the idea of #wildness and doing something special every day.

Last weekend Farmer, Daughter and I had to go down to England to go to a family wedding on the Farmer’s side of the family.  It was south of London.  How on earth would we manage to do anything #wild for the #30DaysWild challenge on the 4 days while we were away?

We did manage to #thinkwild on the train to London.  Guests had told us to look out for Peregrines nesting at Preston – so we did.   That was the 9th Day sorted.  We spent the day in London on the 10th day but headed out into the countryside late afternoon.  We walked through a graveyard, looking for ancestors and found suitably wild flowers. 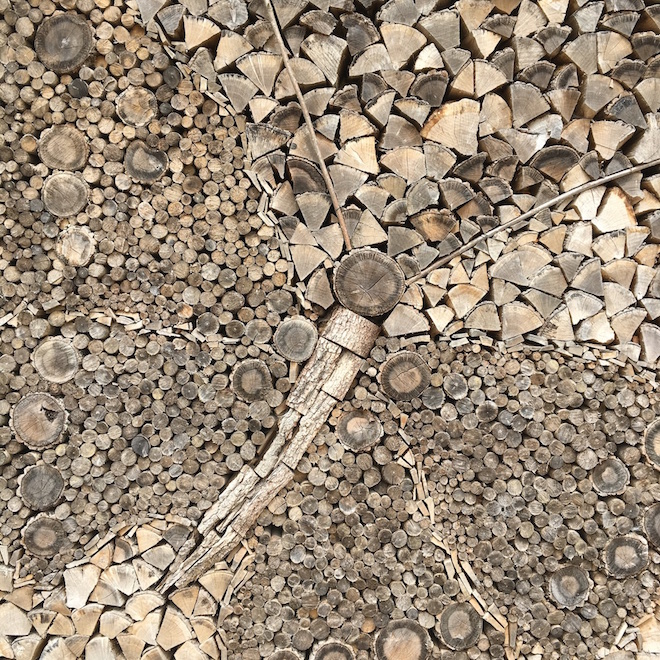 Day 11, Saturday morning and we were lucky to have a guided walk through part of the Knepp Rewilding Project, near Horsham.  It was really interesting to see how fields that have been conventionally farmed previously are changing – scrub woodland encroaching into the open spaces and attracting masses of new and exciting species – including Purple Emperor butterflies. Day 12, we were on our way home again, and I got home in time to spend some time outside enjoying the clouds and colours of a dramatic but cloudy sunset.

Thinking of rewilding, we do sometimes wonder what would happen at Treshnish if we were just to ‘let it go’.  This morning, walking at Treshnish, the conclusion we came to was that Bracken would take over before anything else had a chance to colonise.  It is so invasive any rewilding would have to be very managed!

So we ‘let it go’ in a controlled way, but managing when our livestock can graze our different habitats and when they can’t. 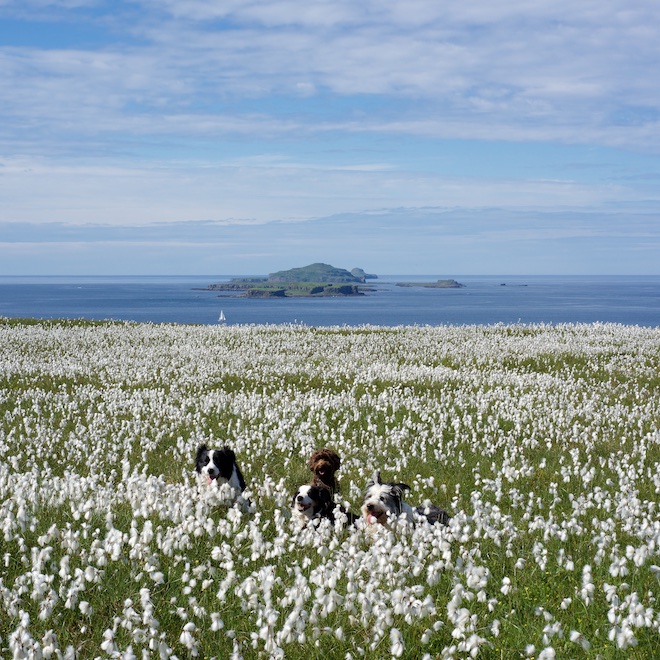 A sea of Cotton grass

We were up on the Point, where the banks of the Point are abundant with flora.  Fragrant orchid, Burnet rose, Tormentil, Birds foot trefoil, Heath spotted orchid, Bloody cranesbill – to name a few. And on the flat ‘field’ where they grew oats 50 years ago, there is a sea of Cotton grass. 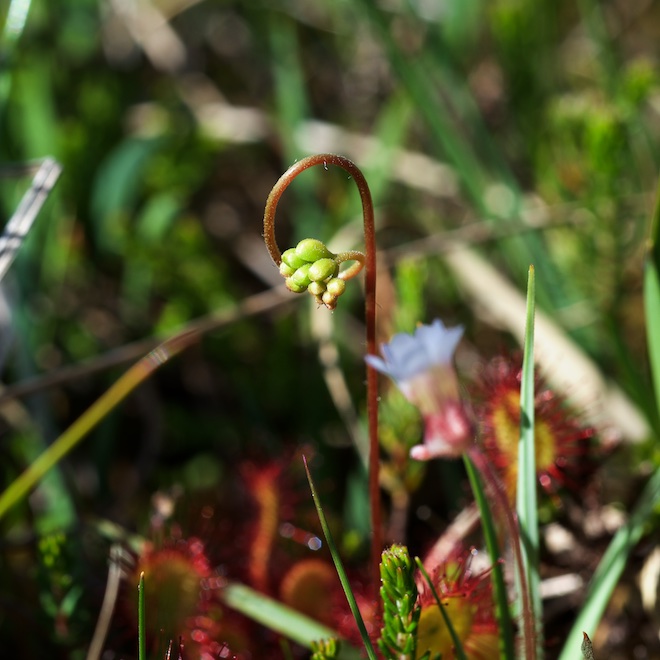 We won’t let the sheep back on to the Point until this wave of flora have set seed. 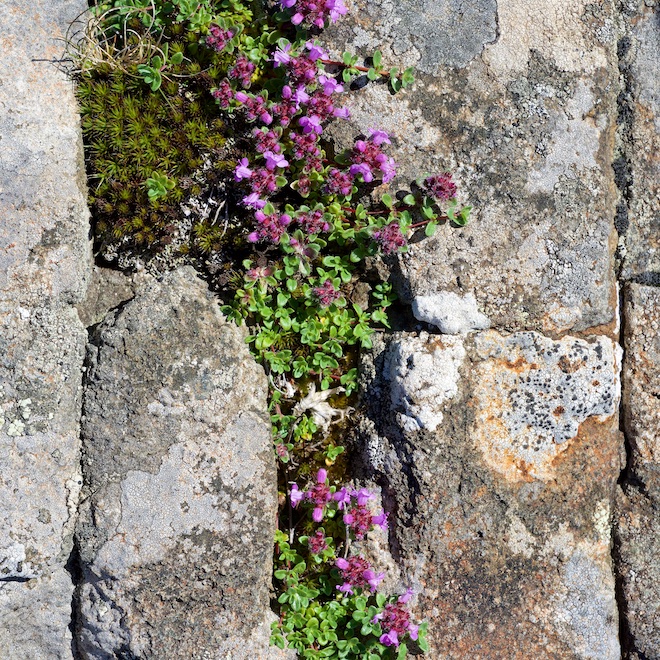 The weather recently has been dry and warm/hot and the orchids are flowering abundantly.  Flowering weeks earlier than last year, which is wonderful to see. 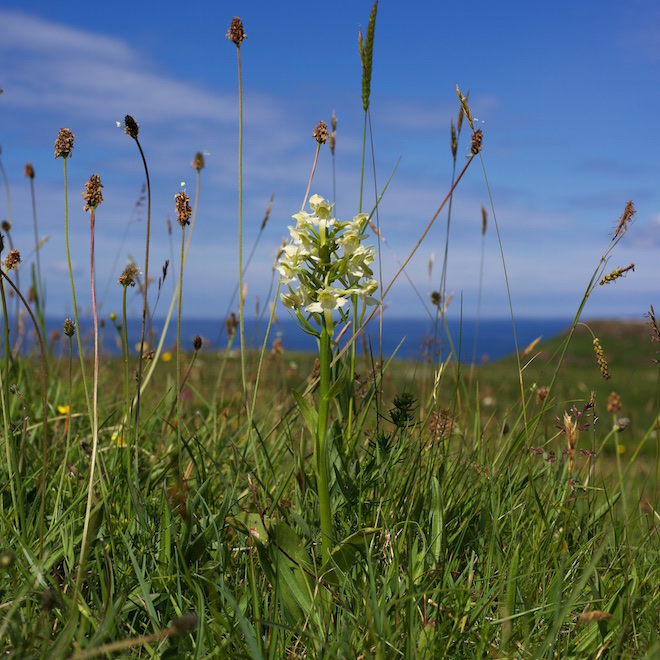