You are here: Home / Blog / Aurora activity in April

We don’t really expect Aurora activity in April, which makes me feel even more lucky. In order to see the aurora it usually needs to be completely dark and as the days are noticeably longer now, the window for aurora activity gets narrower.

A beautiful sunny day led into a deep sunset dusk on the horizon and before it was fully dark the low arc glow of another aurora borealis. Lambing is underway now. Farmer goes to bed early in order to be up before the larks in the morning. So as he went to bed, I went outside. When there is known to be aurora activity combined with a clear sky, it is difficult for me to go to bed. 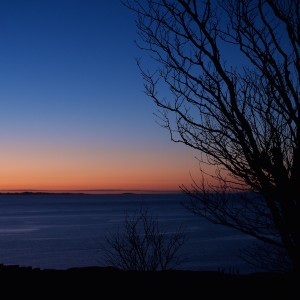 Tonight the sky was clear! 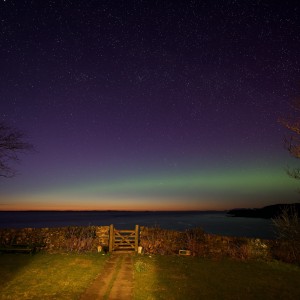 There wasn’t a breath of wind, the only sounds I could hear were Barn owls calling from the woodland, and the occasional sea sound of waves so very gently reaching the rocky shore. 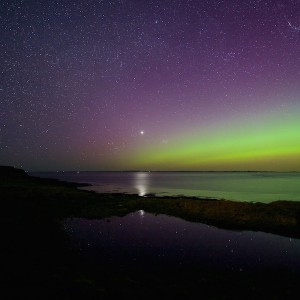 The low arc of light was strongly visible with the naked eye and I spent a pleasant hour under the stars before thinking, as it was nearly midnight, that I should perhaps go to bed. 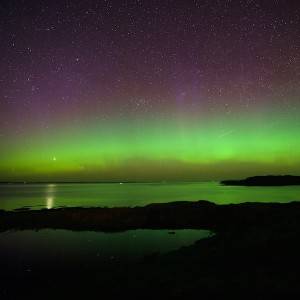 Then, out of the silence and the fairly static display so far, tall spires of light starting dancing and the sky lit up. It was sudden, and so surprising. Saving the best for last! Greylag geese are nesting here again this year and I could hear them calling in alarm as if the sudden increased aurora surprised them too. 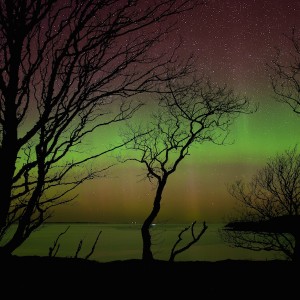 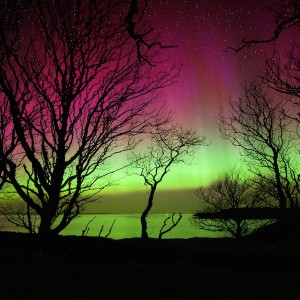 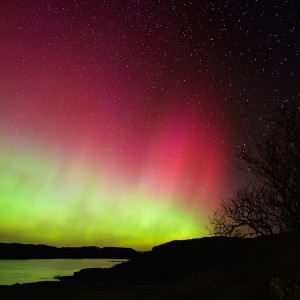 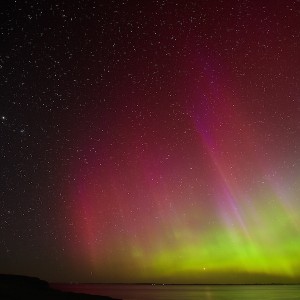 Finally, I just had to go to bed! I set the time lapse going and went to bed knowing at least I would know in the morning what I had missed. 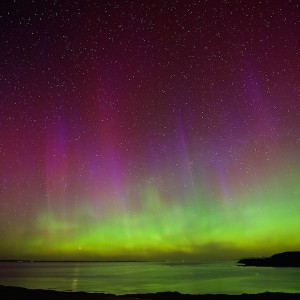 Previous article Moonbow
Next article Life in between auroras