We had a very good example of creative connectivity at Haunn last week involving the BBC World Service! 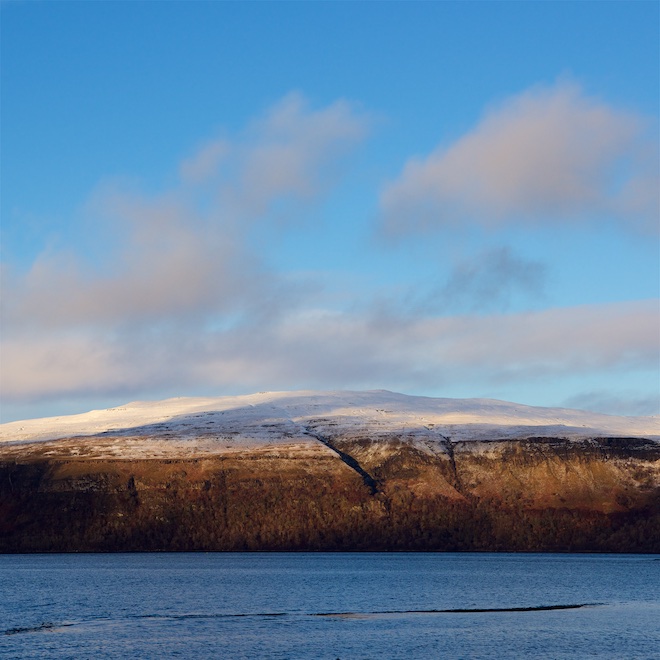 Last week we had regular guests staying in East Cottage.  They come once a year and call East their ‘ home from home’.  Just before they started their journey, Agata was contacted by the BBC World Service and asked if she would take part in a programme to be broadcast on the 19th January.   The only problem was that they wanted to interview her while they were on Mull!   If this call had come three years ago she would have had to either say no to the BBC or cancel her holiday.  But because we now have 4G signal on the farm, provided by a mast belonging to Development Coll, she was able to take part – and they were both able to have a holiday!

Coll is the long low island that sits on the horizon to the north of Treshnish.   Development Coll is the island’s development organisation.   The Scottish Government funded the cost of the mast, and the community cover the maintenance and running costs.  Initially Vodafone agreed to install their signal on the mast, and subsequently EE were invited to do the same.  Luckily for us, there is nothing to block the signal and we get good clear 4G/3G signal.   We are constantly grateful to the Isle of Coll for improving our connectivity in such a major way. 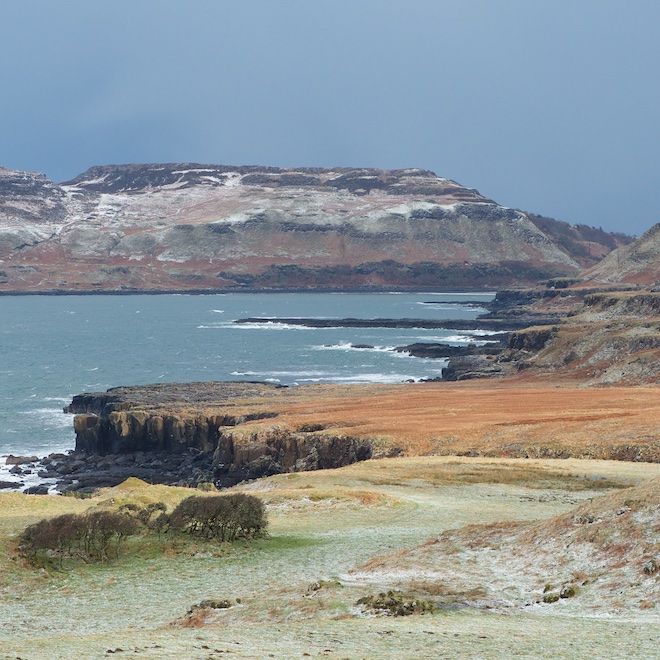 To get back to the story… Our guests arrived, happy to be here again!  They spent their days walking and wildlife-watching.  We had some wonderful clear crisp dry days.  They had some wonderful White Tailed Eagle sightings along the coast from the cottage.  In the evenings, fireside, they could relax or catch up on work if they had to by using the 4G phone signal (they use Vodafone but there is EE too) and networking the 4G signal on to their laptops.  Agata was able to keep in touch with the BBC and a time was made for the interview!   On their last day!  She was carefully instructed how to record her interview and advised how not to delete it. 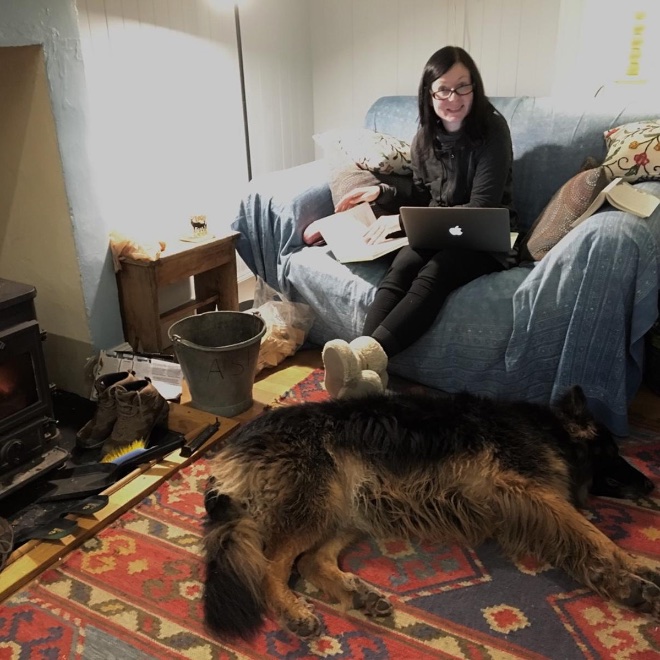 This is a link to the World Service programme: The Inquiry, What’s the Greatest Threat to Poland?   Agata (above, fireside in East Cottage) is the second ‘Witness’ to be interviewed.  She was standing at the bedroom window in East Cottage at Haunn.  This interview could not have happened if it hadn’t been for the creative connectivity of Scottish Government, Development Coll, Vodafone and EE! 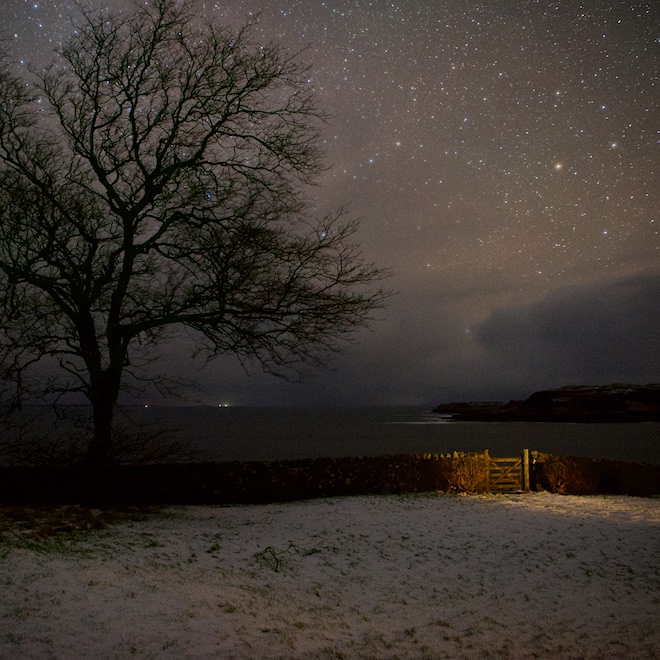 Agata’s husband Mark answered my tweet on Twitter, saying that “As well as my wife being able to do her interview, 4G means I was able to talk to a client in California and my business partner at Annapurna Base Camp… all at the same time. But… most of the ‘Apple toys’ were fastidiously set to off”.

And isn’t it great to have that choice!   He added “the choice of ‘to 4G or not to 4G’ was a critical factor. Otherwise (sadly) we wouldn’t have been there.  Then we would have missed out on our closest and longest (multiple) Sea Eagle encounters in ten years of visiting – and those ‘Mull magic’ experiences are for a lifetime”.

At the moment we cannot supply wifi into each cottage as we can only get limited satellite broadband.  (there is wifi in the Phone Room for guests to use currently!)   We had hoped that a community broadband project would have installed wireless internet.  But unfortunately the company doing the installation went into receivership last summer, and the project collapsed.

However we are planning something inventive using Coll’s wonderful 4G signal which will bring broadband into the four Treshnish Cottages.  Watch this space….