You are here: Home / Blog / Dolphins!

This morning we were treated to the fantastic sight of a small pod of 7 adults and 2 or 3 young dolphins were making their way into Calgary Bay, swimming quite close to the Treshnish coastline! Magical! Daughter spotted them first, and raised the alarm. We ran out into the field and Farmer went to tell those guests he could find! The sea was so beautifully flat and blue, without a wave, we could see the dolphins breaching and diving, rolling and blowing as they slowly swam towards the beach. Of course I didnt have the right lens on my camera… 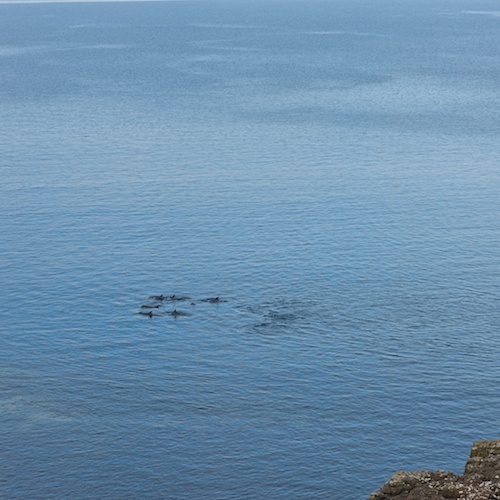 I had to go to a meeting at Calgary and so I was able to follow them right into the bay. They swam close into the shallows and the turquoise waters were so calm and clear I could see their shadows on the sand as they swam. It was the most wonderful start to the day. It didn’t take much persuasion to get the people I was meeting with to return and see if we could see the dolphins again. We drove back up towards Treshnish, and stood out on the edge of the raised beaches. We watched and followed as far as we could before they were level with Treshnish coastline again. They were Bottlenose dolphins. Reluctantly we made our way back to Calgary and had our meeting. 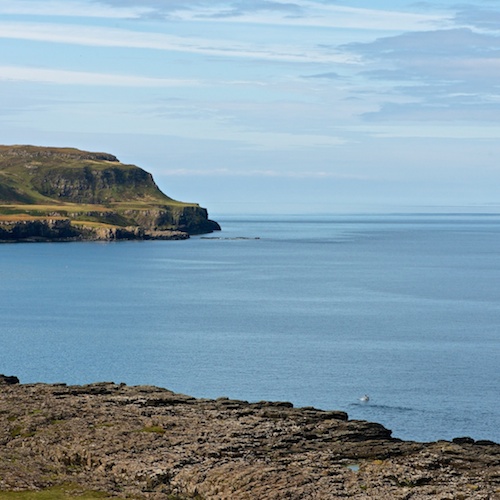 I went home from the meeting, scanning the coast as I drove. We never make time to go on one of the many whale watching trips that are run from the island, but this morning I vowed that we should! 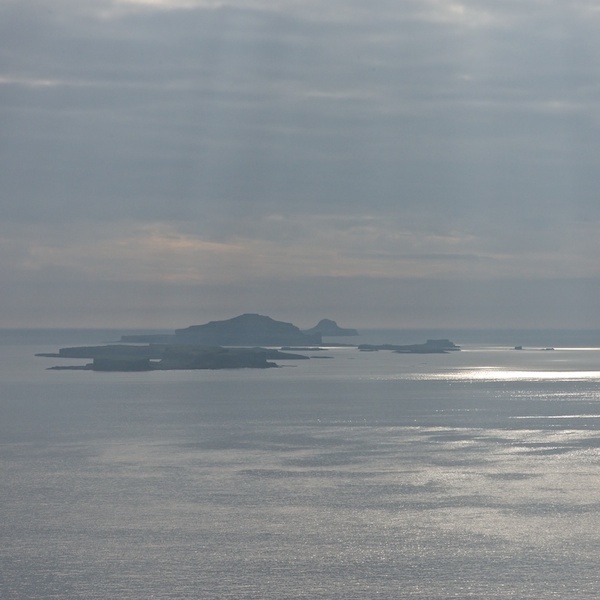 Later on Farmer and I went out to the Point. He thought he might have left one lone ewe out there when he gathered the sheep off on Sunday. I thought we might see the dolphins again. We saw either dolphins nor lone sheep. But the views were amazing as usual and the light was lovely over the Treshnish Isles.

On the way back to the farm, a buzzard posed in the Black Park. We missed seeing the dolphins again, but some of our guests saw them round at Port Haunn. 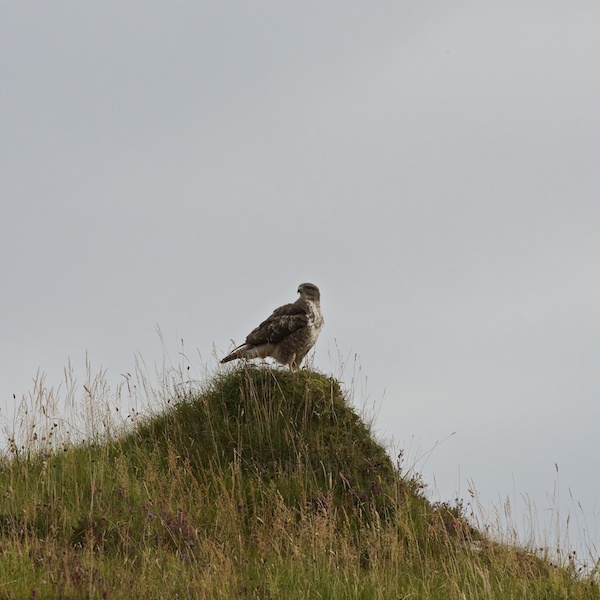 As the sun set we went to Calgary. Farmer went on his bicycle and Daughter went canoeing. 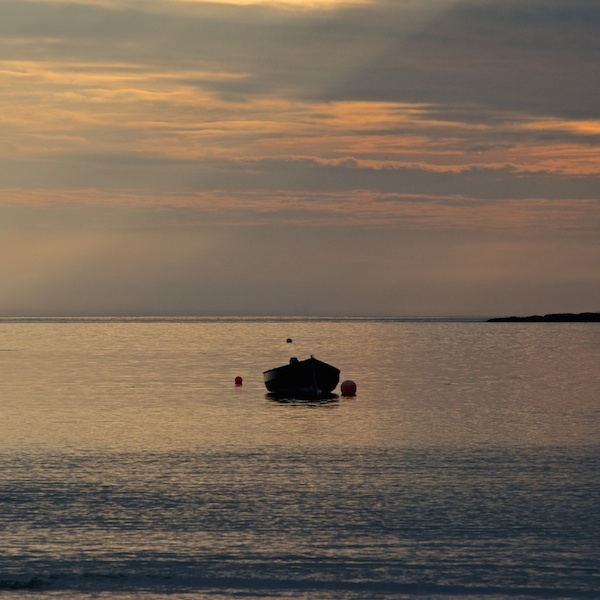 A perfect end to a magical day. There are some more photographs from the day here.