I didn’t expect to be able to see any Geminid Meteors as we had a lot of heavy cloud when it was getting dark. The forecast for the Northern lights was very strong and I could see a line of green between the sea and the bottom of the cloud. So it was a wonderful surprise as the evening wore on to discover that the cloud had been largely blown away by the increasing wind. Something to be said for the winter storms after all! 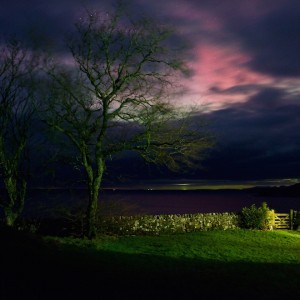 I wasn’t trying to photograph the Geminid meteors, I was trying to capture the aurora borealis – as it seemed like a long time since the last strong one. I took some photographs around 10pm, from the garden, and then headed to Croig. 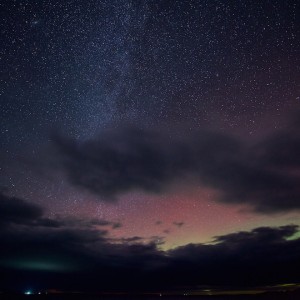 By the time I got there it was fading and although I saw plenty of Geminid meteors, it was so windy I got terrible camera shake. Croig is one of my favourite places to photograph, and at night it can be especially wonderful. Standing looking up at the stars, watching the mystical spears of the shooting stars as they dive and disappear almost before you have seen them, sometimes in quick succession, followed by nothing. Usually you can hear nocturnal bird activity, but it seemed like everything was sensibly tucked in out of the wind, as I didn’t hear anything. 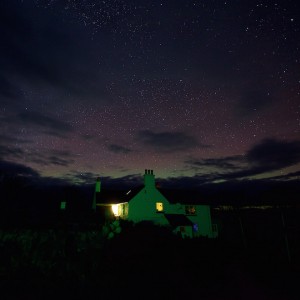 When I got home, there was a nice green glow from the Electric car Chargepoint on the house, with the faded aurora behind! 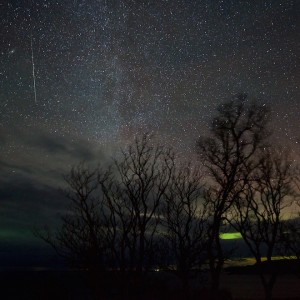 The sky was definitely losing its colour but the stars were so bright. Perhaps I will set a time-lapse up before I go to bed, just in case… 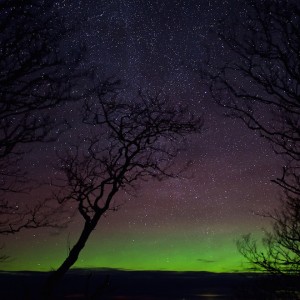 Lucky that I did, as the aurora had started up again! I won’t post the time lapse here as it slows down the website but you can see it on Youtube. The colours were amazing! I stood outside again under the stars, watching occasional shooting stars drop so fast, catching one or two in long exposures, loving the experience of being outside on my own, under a perfect dark sky. (I am lucky we have a sash window I can open and leave a time lapse running, knowing that the camera is safe from the weather overnight). 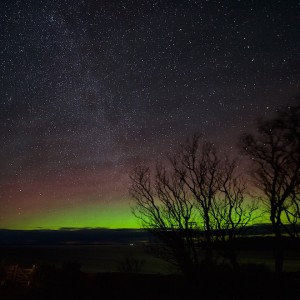 What I could see was very different to what the camera can capture. I could see the brightness in the sky, in mono. The colours were not visible with the naked eye last night. But I could certainly pick up the Milky Way and the many Geminid Meteors! A magical night, though I went to bed absolutely frozen!