You are here: Home / Blog / Lunar eclipse at Treshnish

I didn’t think I would see the lunar eclipse at Treshnish last night as the weather forecast was for cloudy skies. I went to a meeting at Fishnish last night, and the skies began to clear – a lovely silvery moon, looking huge, rose over the Sound of Mull, so beautiful. 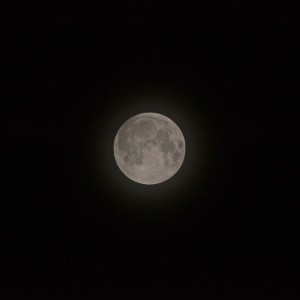 I took a photograph of the full moon rising above the steadings from the back door. It did seem much bigger than usual. That was just after midnight.

We went to bed and shortly after 3am the alarm went off and we could see the moonlight on the trees outside the window. We leapt out of bed and went into the garden to look – there was a faint mist so it was not as clear as it might have been, but it was clear enough. Funnily enough, and I don’t know if it was due to the mist, but the moon did not seem as visible, it was just a reddish orange glow with the naked eye. I used the long lens as a way to see what was going on, as it was hard to tell with my own eyes. 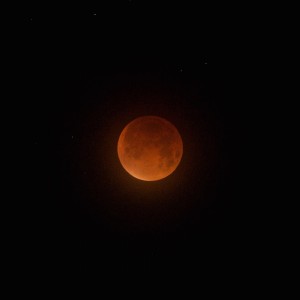 It was very special to be standing out there under the stars and knowing that we were watching something very rare. The next time this will be visible is in 2033, so I felt very lucky that we saw it here. 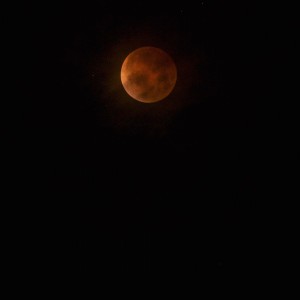 The wind wasn’t helpful either! 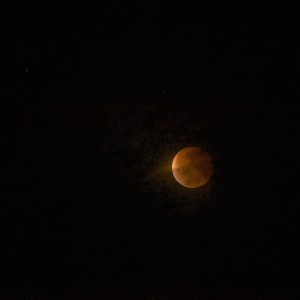 Regular readers of the website blog and the Haunn blog will possibly know that I do time lapses, and last night I made a couple of short ones of the red moon and of the light beginning to come back after the total eclipse.