You are here: Home / Blog / Meteor on camera!

Wow, I never expected to catch a Meteor on camera when I set up my camera and tripod!   I had to check with the Facebook page Aurora Research Scotland as I hadn’t photographed a green bolt of light like this before.  They verified that it was indeed a meteor.  The green glow is caused by it having a lot of copper in it.  Someone on the Isle of Lewis photographed a meteor at roughly the same time which we think may be the same one.. 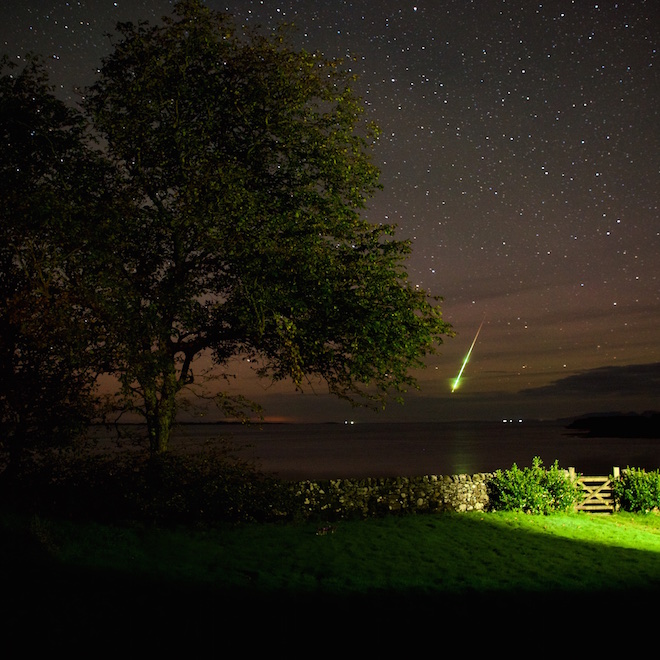 Please remember that the camera will capture much more than the eye sees.   It is rare, in this part of the world, to ‘see’ wonderful Aurora colours with the naked eye.   More common is to be able to catch them on camera.

As is typical when wanting to catch the Aurora, we often have cloudy sky!  I watch the Aurora Facebook pages fill with wonderful strong, seen with the naked eye, images from other parts of Scotland!   I look outside. It is still cloudy!

Every evening if there is a clear sky forecast, I will check the skies for the aurora.  I don’t mean that I just go outside and look – I set up my camera and tripod and take some test shots.    Two nights ago, we didn’t have a very strong aurora forecast but I caught the Airglow.  It is difficult to describe but if you look at the photograph below, you can just make out blotchy pale cloud in the layers of colour?  This is an Airglow.  It is more rare than an Aurora Borealis, so I am always excited to catch it on camera.   Again with the naked eye I can sense the light, but not see the cloud effect. 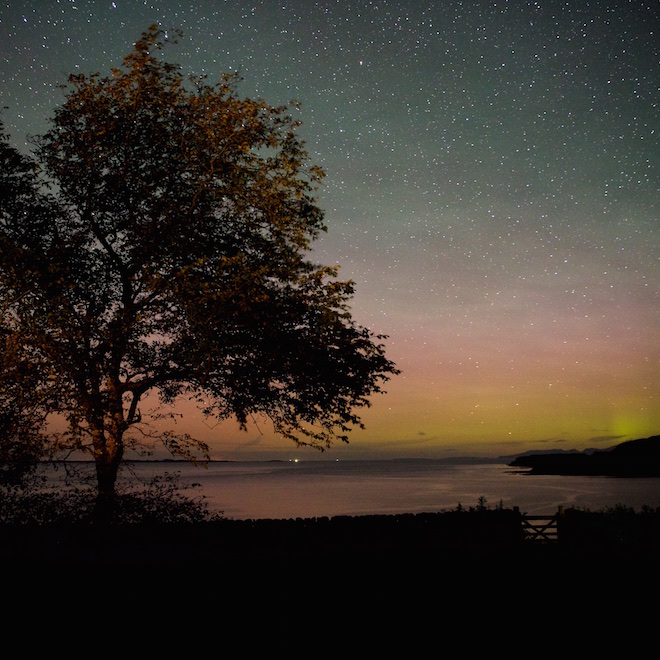 What can you see with the naked eye?

This green streak of the Aurora Borealis looked bright to me, but I could not see the colours.   In relation to the horizon, and compared to the photograph below this one, the colours were not extending very high above the skyline.  This was not a strong aurora.  It is also worth bearing in mind that some people see more colour in an aurora than others. Annoyingly Somerset can see more of the colour than I can! 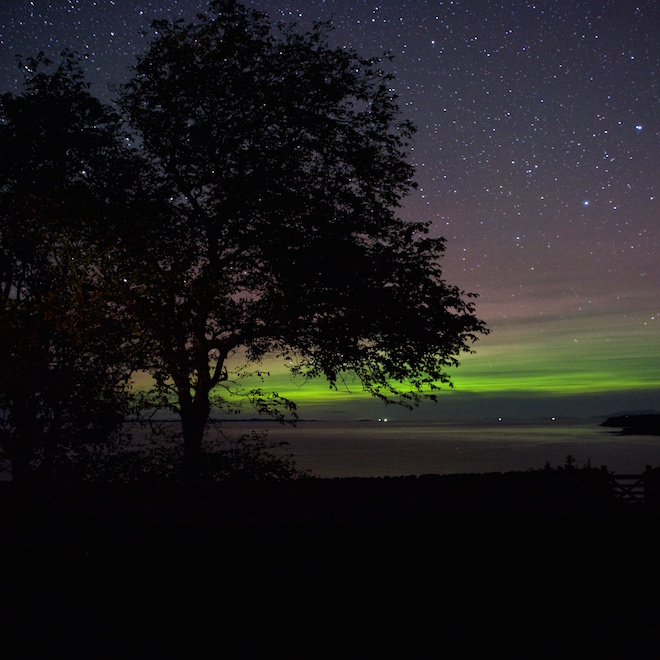 This Aurora (below) taken a week or so ago was very strong but thick cloud descended 5 minutes later and remained all night!!  You can see the colour is much higher above the skyline here. I could just make out greens in this glow.  The moon was up that night too, and that make it more difficult to see the colours, and to catch them on camera. 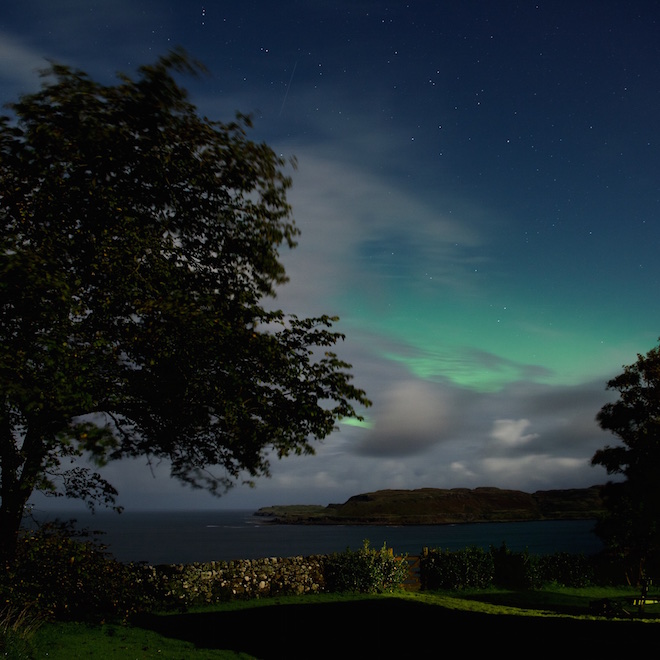