You are here: Home / Blog / Moonbow

I had never seen a moonbow before last night.

There was a chance of seeing a blood moon but it was still so misty, I didnt really expect to see the moon at all, however I did look out at one point and the mist had cleared enough for me to see the moon – beautifully full but not the red of a blood moon. 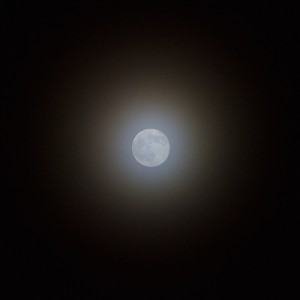 Later on, when I opened the door into the garden to let the dog out before bed, I could hear the very loud sound of a helicopter. It was so loud it must have been very close, but it was so misty and I couldnt see it. 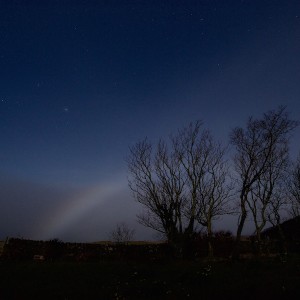 The engine noise decreased as it flew away from the house, and the silence of the night returned. Through the trees I could see a glowing arc of light. 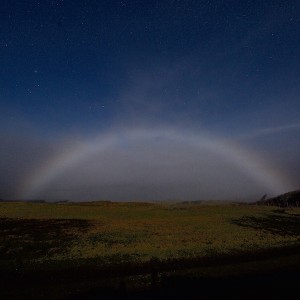 My very first moon bow! It wasn’t cold and I stood for quite a time watching the moon, surrounded by a glow I couldn’t successfully photograph and listening to the occasional call of birds along the shore. Without a wind, the trees were silent. 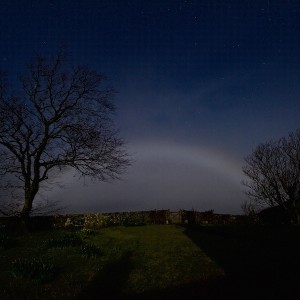 Unlike the ‘normal’ rainbow which fell transient to me, this moonbow remained in sight for about half an hour before it gradually disappeared. 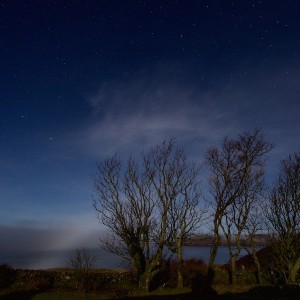 The moon was bright as the mists appeared to be lifting – having taken this last image I could go to bed! 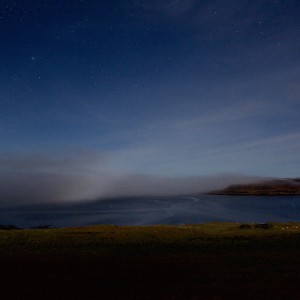 Our Easter guests will hopefully be happy the mists have cleared and brought us a beautifully sunny Easter Sunday morning. I hope they will forgive me for not waking them to show them the moonbow.