A Mother’s Day card from my Daughter wished that I would get a good sighting of a Mother’s Day Aurora…well, that wish certainly came true! It had been cloudy most of the day, and I had been watching the forecast thinking that it would be unlikely that the skies would clear enough for the G1 Aurora forecast to be visible. 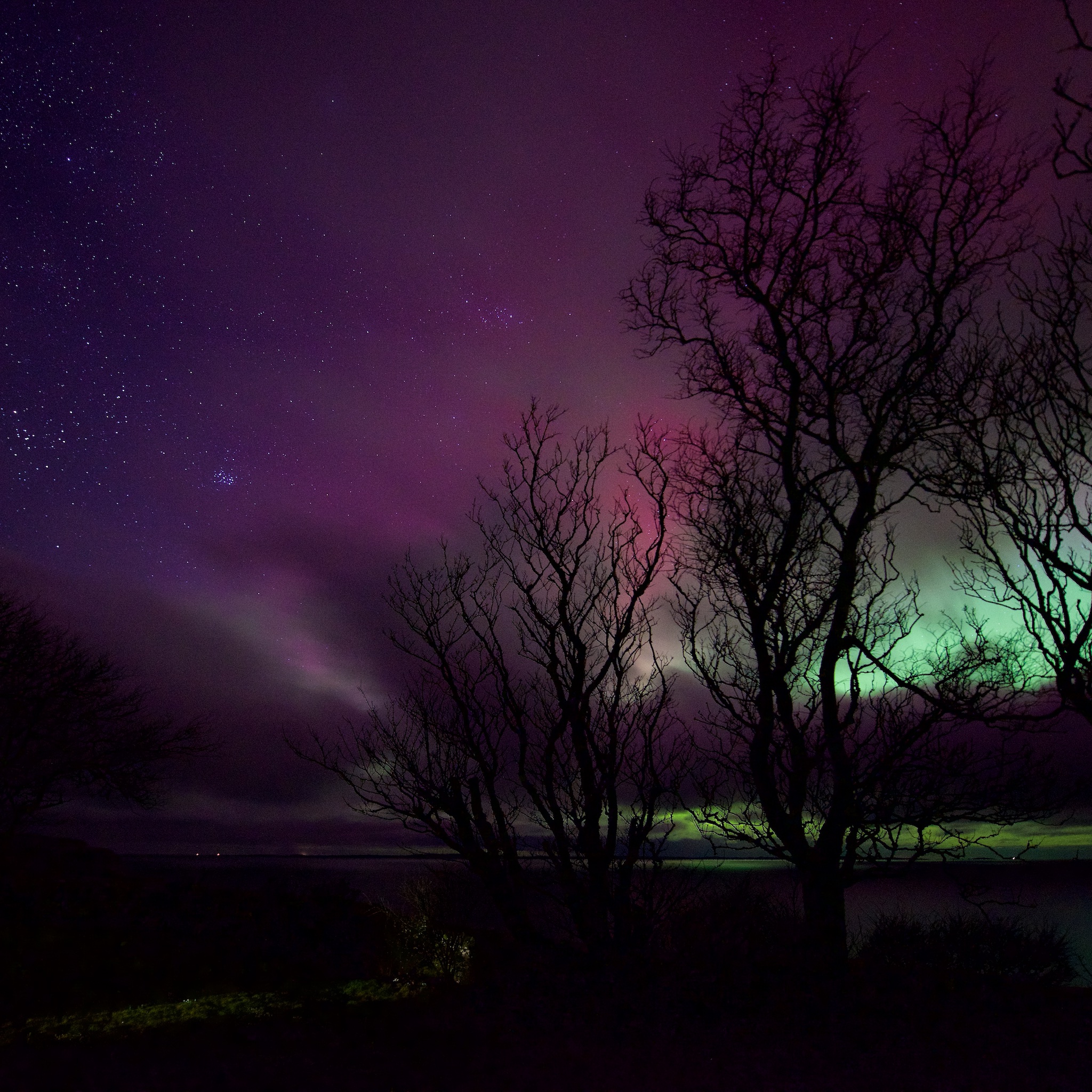 Suffice it to say, I was very happy. I quickly ran over to Shieling and Shian and let the guests know that something was going on outside. I was aware of that difficulty between expectation and reality, as the colours in the photographs whilst not enhanced are what the camera can pick up, which the eye does not see as vividly. Initially I could see the lightness in the sky but not the colours, but eventually I could make out the pinkish colours above Shian, though nothing like as bright as the photographs. For me the excitement is in being outside and capturing whatever I can on camera. 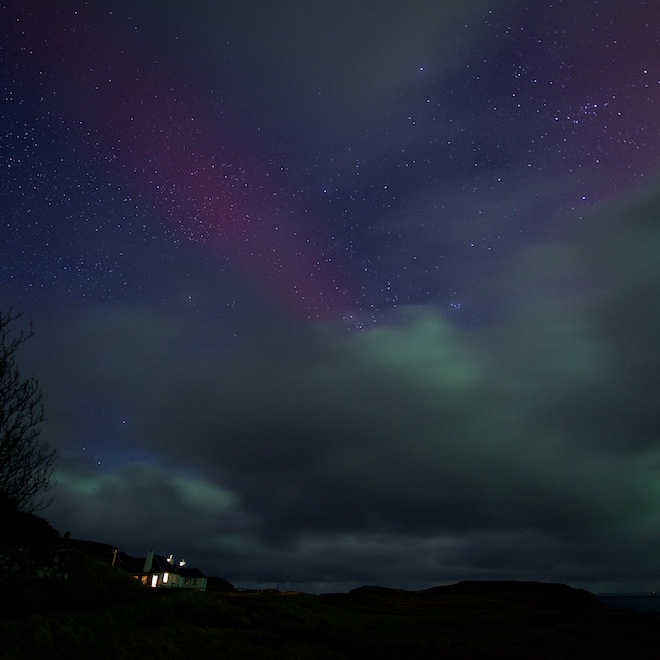 There have only been one or two occasions when I have been able to photograph the Aurora looking south, and tonight was one of them – there were erratic spots of green and pink appearing and disappearing. In the midst of all this, I could hear Mr Turkey cronking, hidden deep in the Rosa Rugosa on the edge of our garden. (they still won’t go back into their shelter, preferring to roost outside). 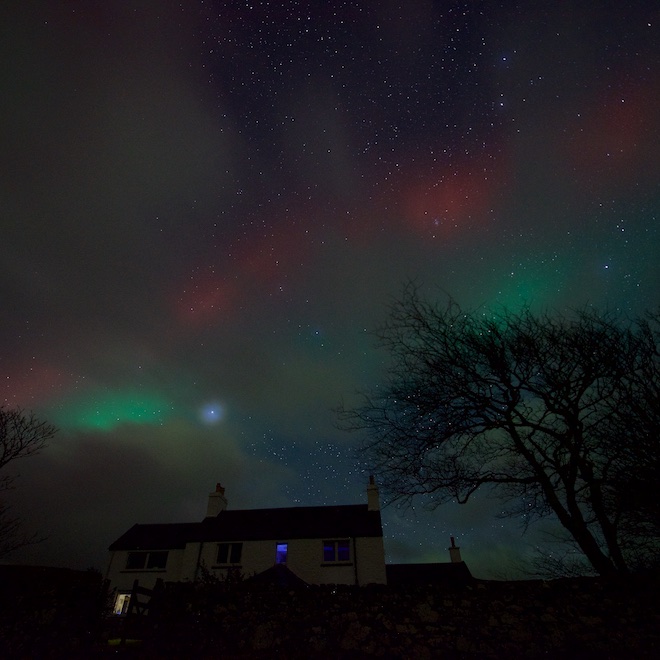 Aurora activity has not been that frequent recently, so it was great to have a really strong show, even if the clouds did get in the way quite a lot! Last year I photographed them into April so there is still time for a few more sightings, if we are lucky. 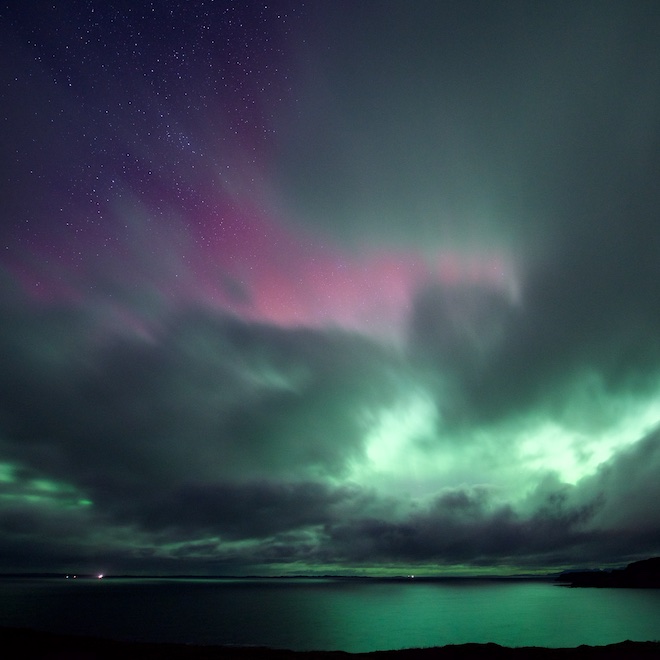 This coming week is the final week for winter maintenance! We have achieved quite a lot this winter, and the rest of March is looking busier than usual. Our winter prices run until Good Friday, and I think that has made a difference. This week we have guests coming to stay who won a Prize at the Lifeboat Day last August, of a short break at Haunn. 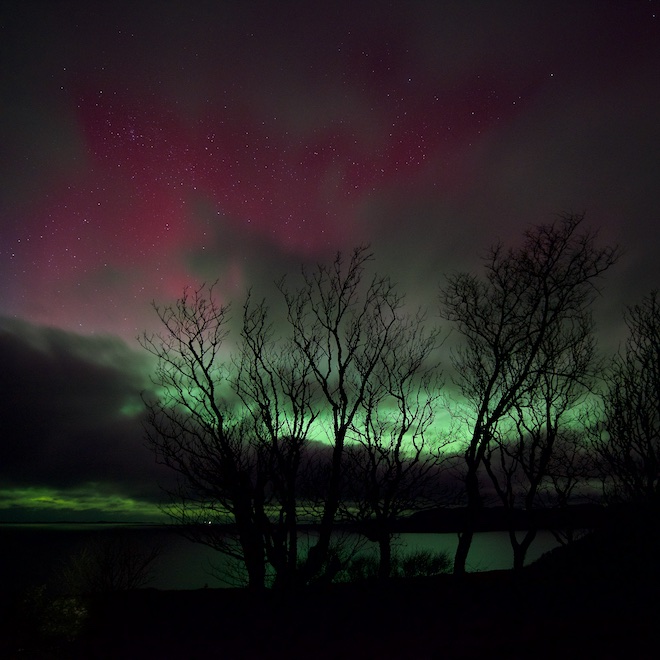