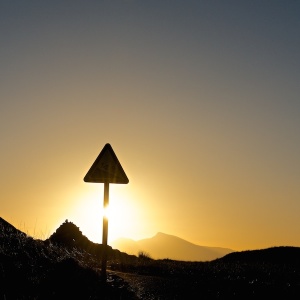 The light in November can be astonishing. This was the sunrise over Ben More this morning taken from the top of the hill behind Treshnish, before it drops down to Torloisk. The cairn, the sign and the top of Ben More always catch my eye. 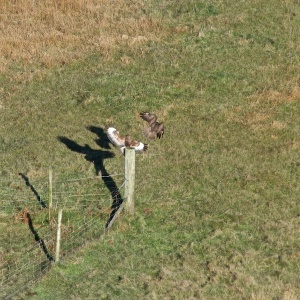 This is a very poor photograph as I was using a very heavy lens. Two buzzards fighting over their territory. There are lots of buzzards around at the moment. I see one regularly near the house, sitting watching the bird feeders. These two were along the cliff tops below the house. Farmer needed to check the ewe hoggs and as it was such a beautiful day, I went with him. We sat and watched the buzzard fight and hoped for an otter sighting but today we were not lucky. 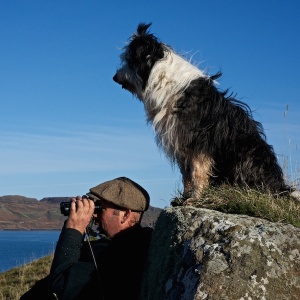 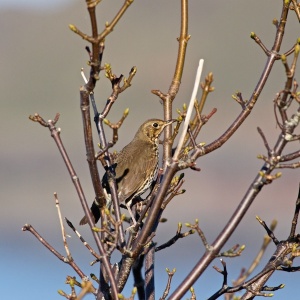 There have been flocks of Redwing around, and today there were lots of Thrushes at Haunn. Prasad has been seeing Fieldfare. 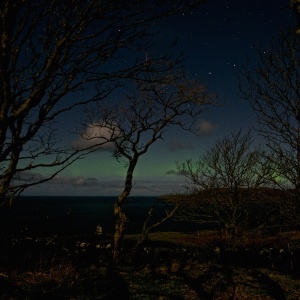 Last night the Northern Lights were showing – very faintly. The moon was almost full and so it was more difficult to see the aurora. 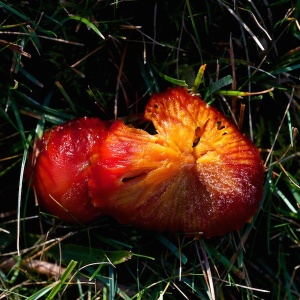 There are lots of strange and wonderful fungi in the fields.