You are here: Home / Blog / Sheep farming on Mull

We have been sheep farming on Mull for 20 years now and there is always something to learn. This month there seems to have been quite a lot of work going on with the sheep. First, the tups were taken off the ewes and put back in a field on their own. Then the ewes were put through the fank, and checked over before the hill ewes went back to the hill. They won’t be gathered again until we scan them in a month’s time.

We have had a routine TB test for the cows this week and the tups were nearby as they were being tested as part of an island wide initiative to ensure that the island flocks are free from sheep scab. After the vet had gone Farmer and D, who had been helping him with the cows, put the tups in the fank in order to check them over and do their feet! 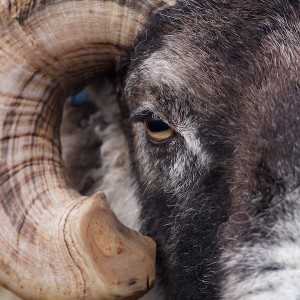 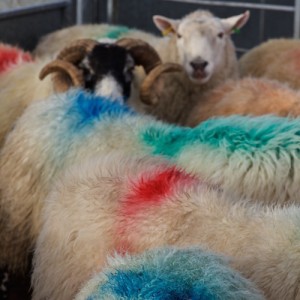 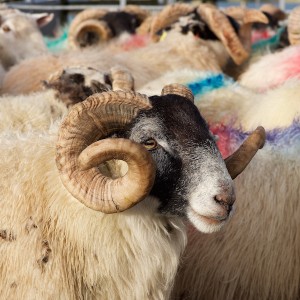 This month’s lesson in sheep farming on Mull has been concerned with looking at the timing of the treatments for fluke that we give the ewes. We test for the presence of fluke eggs every 2 months and for years now we have been free of it, but the most recent test we did showed that there were fluke eggs present. This has made us look at what medicines we use and when, so that we can ensure the ewes don’t suffer from fluke again. Thank goodness for the testing, as it is not something that is particularly obvious.

Farmer needed to take the 6 (cast) tups aside which are to be sold at the market in early February. There is a limit to how long you can keep a tup because he mustn’t go onto his own stock. Then each tup had his teeth checked, his feet trimmed (if need be) and any other treatment required was duly given before they were put back into the field with the turbine. 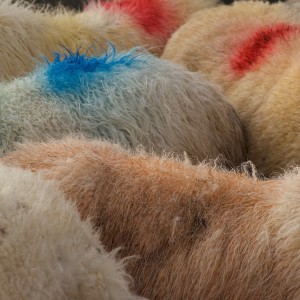 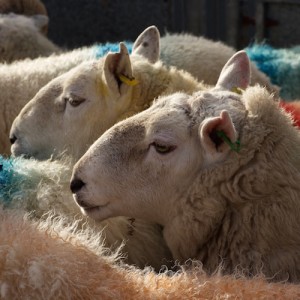 The TB test results were clear – we hoped (and expected) they would be as there is no bovine TB in Scotland – but it is always good to have it on paper, that all is well!

I had fun taking photographs of the tups today, and have put a larger selection on our original farm blog.