November the 19th is the sheep farming New Year here at Treshnish.   It is the day when the tups go out with the ewes and the breeding cycle begins again. 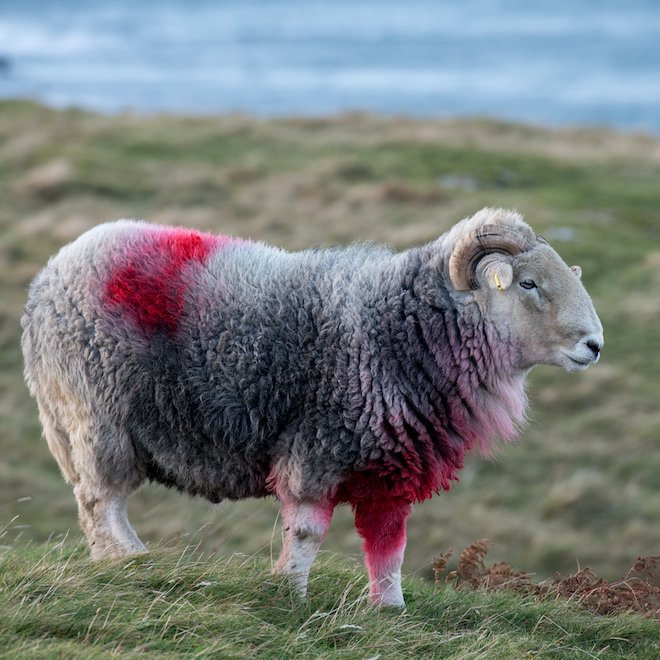 We now have 2 in-by* flocks.  There are 60 Cheviot ewes and a handful of Zwartble crosses.  The Cheviots have white faces and the Zwartbles have black faces and dark brown wool.  They are a Dutch breed, very good mothers.  Our Zwartbles originate from a croft in Dervaig.  We introduced the Cheviots about 12 years ago, and still have 11 year old Alice who was one of our very first pet lambs.  They live in the in-by fields all year round.  A valuable part of the grazing regime, keeping the fields in good heart to encourage the wild flowers.  Some of the Cheviots go with a Suffolk tup and produce wonderful cross Suffolk Cheviot lambs. They tend to fetch good prices at market.

*In-by is a lovely descriptive term for the better fields in close to the farm. 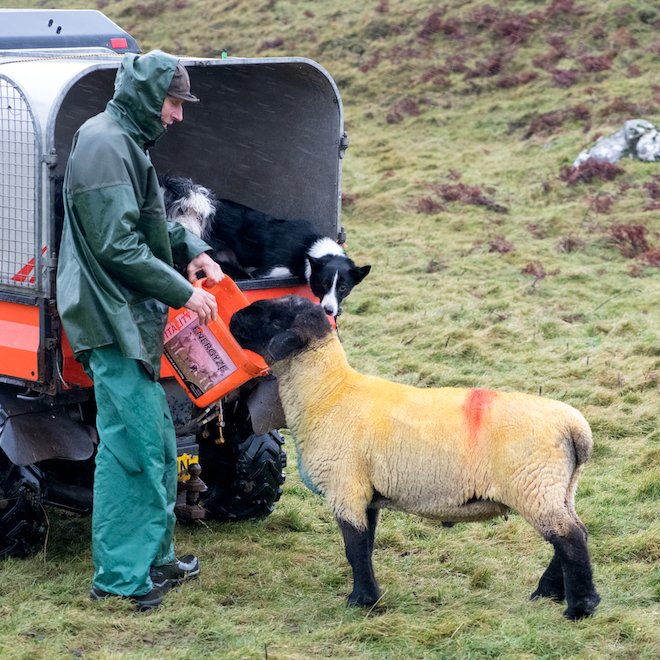 We now have a flock of 27 Herdwick ewes and gimmers, who also live on the in-by fields.  We bought our first 9 hoggs* at Dingwall Rare Breeds Sale in 2016.  They were old enough the following November to meet a tup for the first time, so in October 2017 we headed down to Cockermouth to the tup sale and bought ourselves a handsome Herdwick tup. It was a fascinating weekend, and cemented our love for all things Herdwick.

*Hoggs are ewe lambs born that year, who become gimmers when they are first shorn at just over a year old. 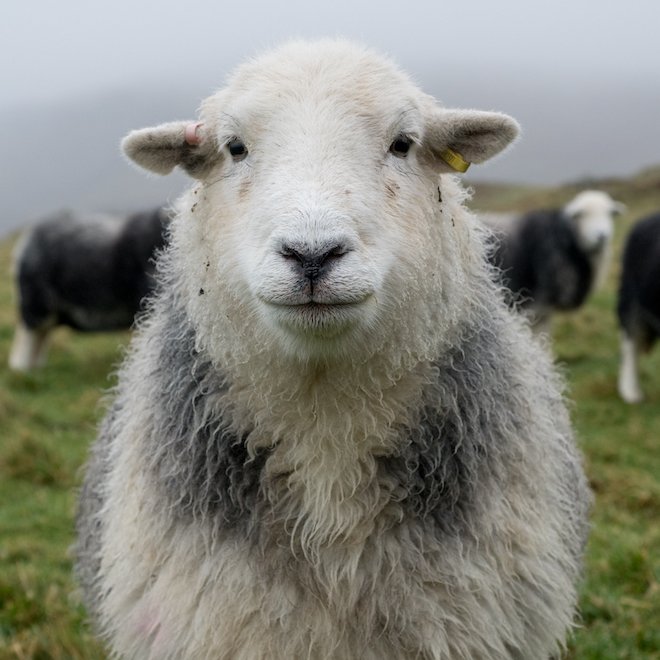 We have about 500 breeding ewes and gimmers* on the hill.  They are mainly traditional Blackface although we have now introduced Cheviot in to the mix to hopefully encourage some better prices at market time.   There is always a marked difference between the prices attained between the Blackface and Cheviot lambs.  *Gimmers are young female sheep who have not had a lamb yet. The day they lamb they become ewes.

We bring the hill ewes down off the hill for tupping.  Having the ewes in a smaller area makes life easier for the tups! It also means we can mob graze some of the fields and better prepare them for producing good flora the following year.

On an extensive hill farm such as ours, most of the ewes are lambed outside, so when planning when to put the tups out, it is important to think about what the weather might be 150 days later when lambing starts.   We want lambing to start in mid April (when we hope to get a good spell of mild weather) which means the tups go out around 19th November. 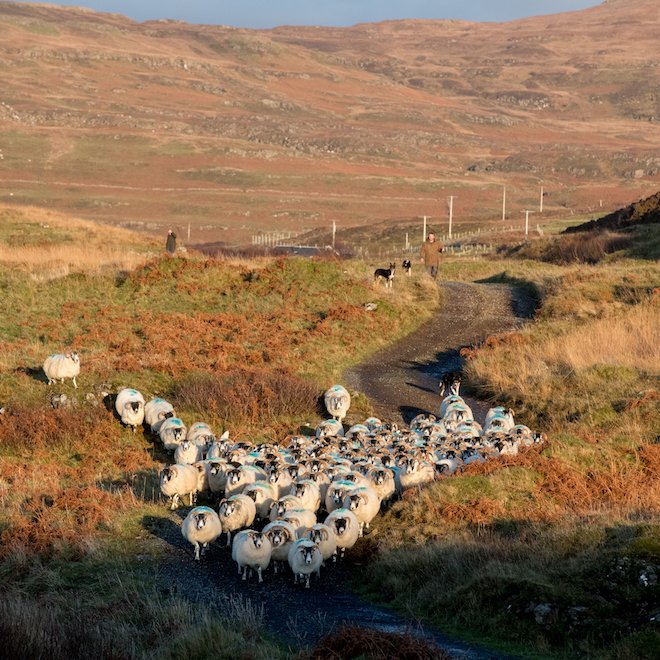 A ewe’s fertility cycle is 17 days, and we put the first tup out for that first cycle and then add a second tup to round up any ewes which the tup missed first time round.  After 5 or 6 weeks we take the tups out.  Their job done for another year.  They will spend the rest of the winter being pampered and fed in one of the in-by fields.  We put 3 tups out to the 100 ewes.

We will bring the Blackface ewes in to the fank just before Hogmanay.  They will have a fluke treatment and then go back out to the hill.  The next time they are gathered will be for scanning in February though Somerset will go out regularly to check them.