You are here: Home / Blog / Springwatch at Treshnish

Initially we were asked if Springwatch could film the wildflower meadows and the orchids!  This was back at the end of May when we were still in Bluebell season here, the grass was hardly growing and there were very few flowers. And only a few Early purple orchids.  We had to temper their expectations as the seasons are much later up here as regular visitors will know!

The Mull producer and her team came out to look at the various places we thought they might like.  They were very enthusiastic about them all, but the fields were all still visually pretty bare.

In the end they filmed down below the house amongst the Bluebells – and further along the shore near the old boathouse with Iolo Williams.   People are always surprised to see Bluebells so much later here than further south. 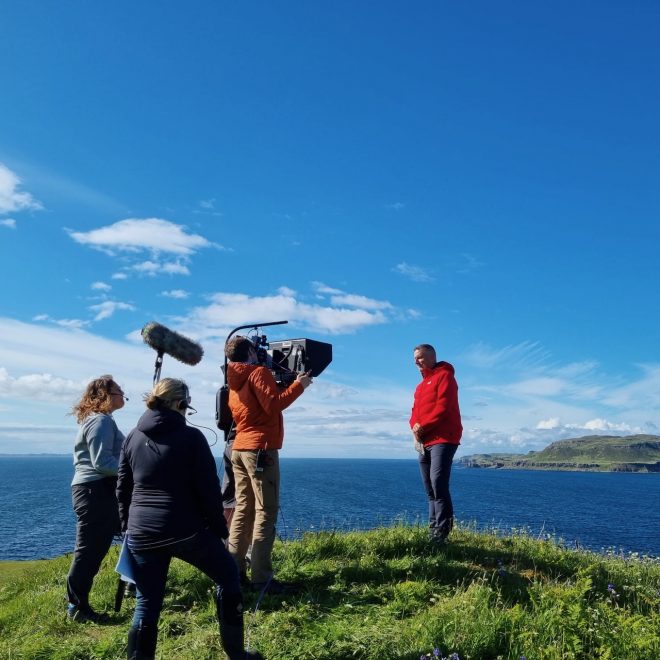 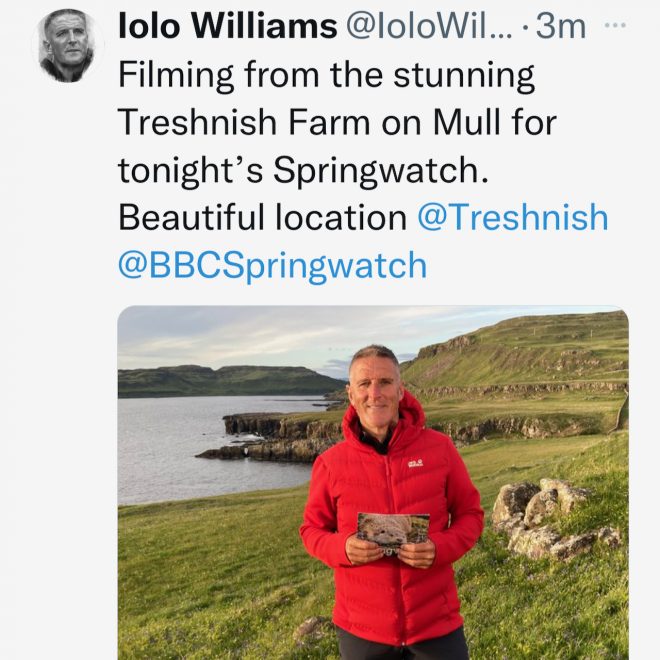 Regular visitors to Treshnish will know that we have a Common gull colony on the hill above the farmhouse.   Curlew nest up there too, benefitting from the protection the alert and noisy gulls give them.  Once the chicks hatch we start to witness the disruption predators create coming too near the colony.  Loud alarm calling and the air full of swirling gulls chasing whatever big bird comes too close.  It might a Heron who mistakenly flew too near and is soon chased off, but most often it is a Golden eagle.

During lockdown we witnessed the Golden eagle swooping down in amongst a cloud of angry gulls and predating a chick several times.   On one afternoon in particular we saw this occur, and heard later from Ewan Miles from Nature Scotland that he had been monitoring the nearby Golden eagle nest. Minutes after we had seen it, he watched the eagle return to the nest with a Common gull chick pursued by its distressed parents.  Heartbreaking.

Springwatch were keen to film predators attacking the colony, and sent cameramen over to film at various times of day or night.   Not surprisingly I suppose, nature doesn’t always play ball so no one was lucky. In spite of us seeing the Golden eagle several times during the time Springwatch were on the island!

We were more successful with the Orchids and I took the cameraman and his assistant out to look for orchids. They wanted to make a short film of the different varieties I showed them.  There were carpets of Heath spotted orchids in the cliff tops in the Haunn field.  Looking stunning with the Treshnish Isles beyond.  We found lots of Fragrant orchids and Greater butterfly orchids and Common twayblades.

In the end the footage they made was cut down at the last minute so was very short – hey ho!! 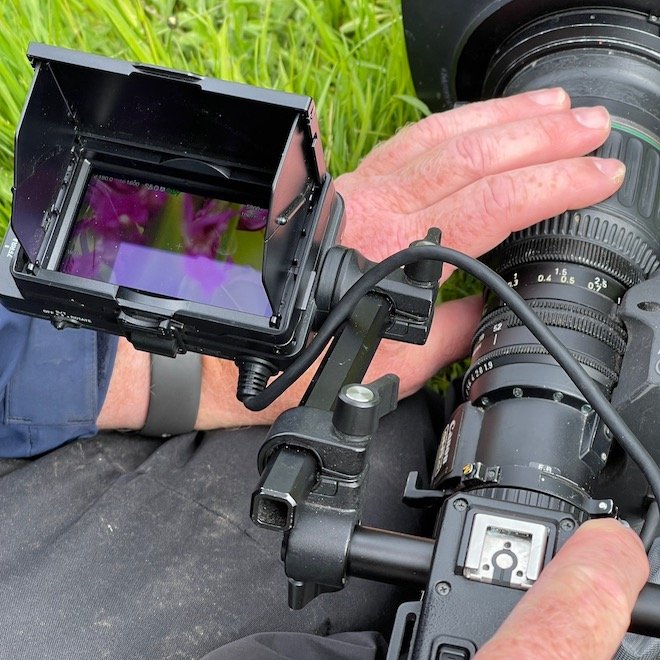 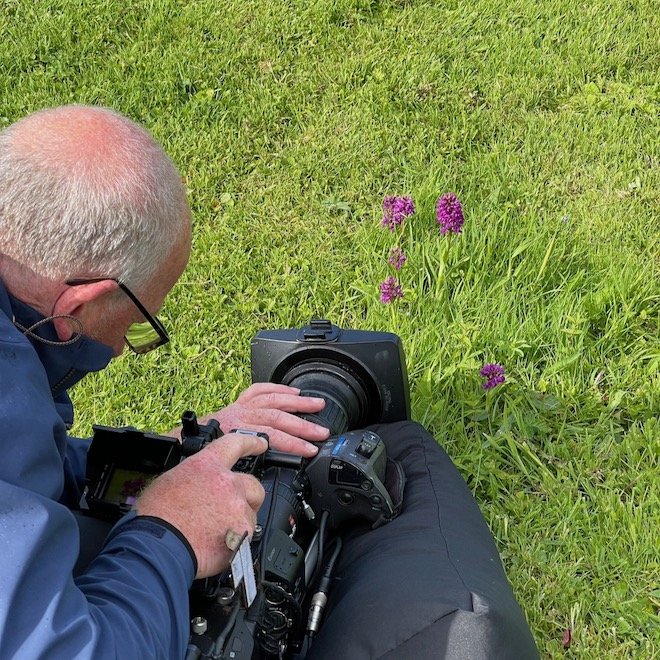 In the last week Iolo and the team came back and filmed again, down near the boathouse.  He talked about the way we farm and how that encourages the biodiversity which was good.  Sometimes I get the feeling people think the flowers all come from a seed packet which is definitely NOT the case.

I was so surprised and touched to be given a bean bag to balance my camera on for flower photography by the crew. I had been admiring the blue one in the photo above, so handy and no need to carry a tripod!

Previous article News from the farm