This is almost becoming a daily blog – but today Storm Henry has given me another opportunity to share my photographs with you of how wild and beautiful it can be here in the winter! 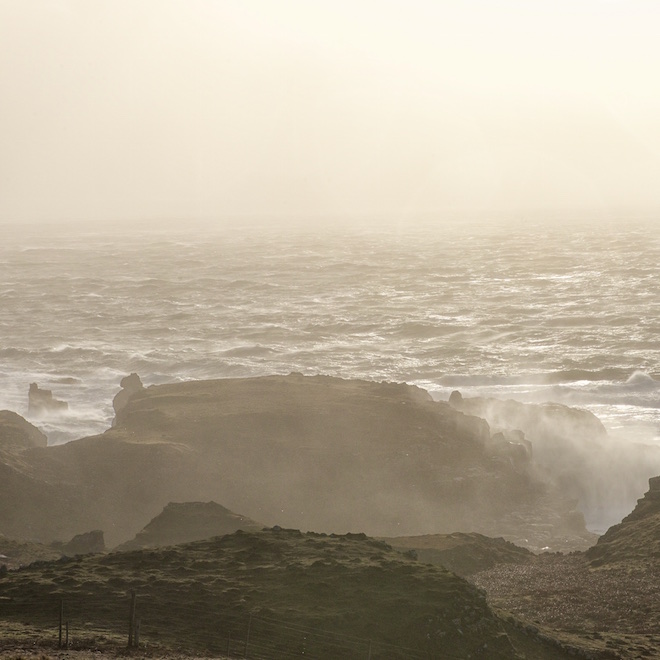 The builders were all busy at Haunn – it was East and Middle’s turn for a similar makeover to the one West had before Christmas! Both have now got wonderfully insulated bedroom floors, with reclaimed beech Junckers flooring, and East is going to have a swanky new shower! LED lights are going in to improve the lighting in the bedrooms and bathrooms of both cottages (and save energy) so not only were J & AP there building today, but AMcK was painting in Middle and IMcA was putting in the lighting. Not to forget NMacV who was taping and filling at one point too… Busy, busy! 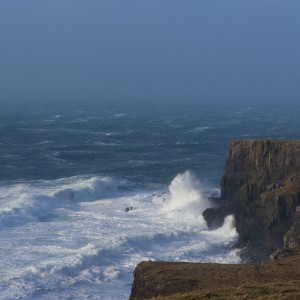 I had a food trail meeting in Craignure this morning, and it was amazing to see the difference in sea state here when I left, and over on the east coast of the island. Storm Henry in different guises. I was in the cottages van and it blew about a bit, so it was windy over there but the sea was calm compared to the rolling boil over this side! The van was full of things for MESS (Castaways) – clearing out bedlinen and all sorts from the cottages that we have been holding on to ‘just in case’ and not using.. The drive home was quite wild, a hail storm so ferocious hit me coming through the glen, that I stopped the van as I couldn’t see! 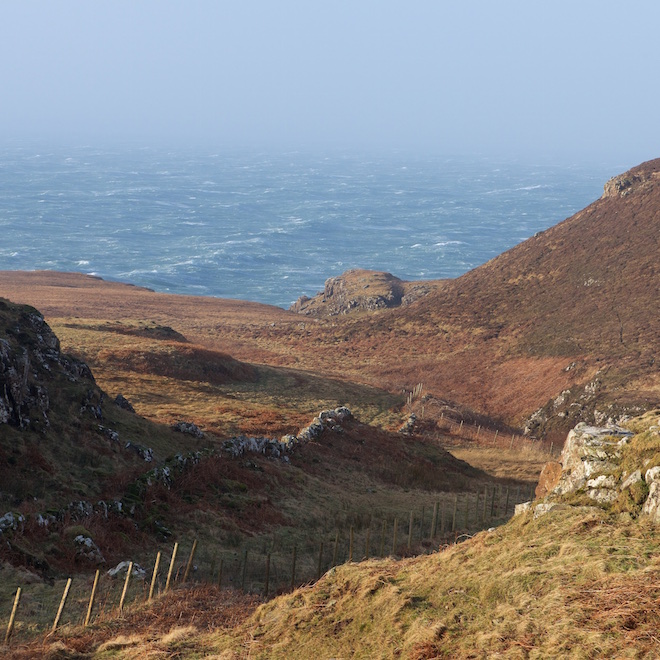 Then sunshine. At Penmore a tree was down across the road. Within minutes several chainsaws arrived, including the Treshnish farmer’s, and the road was clear. The sea was even wilder as I drove into the storm from Calgary home to Treshnish. 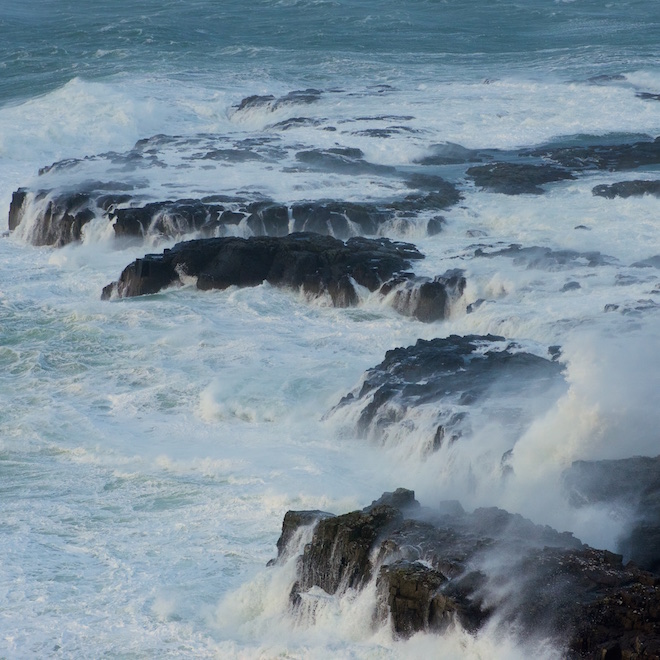 After a quick bowl of soup, I went down to Haunn. Farmer was busy moving wood and cookers, so I set off to walk beyond Haunn on my own. It was so wild I turned back. I could hardly walk, and was a little nervous of quite how strong the wind was. Bright sunshine but the air was salty – almost misty with spray off the sea I suppose – and huge blobs of spindrift flying across the field like mad miniature sea gulls.

Farmer said he would come with me to look at the waves, and he persuaded A & J to come with us.. it was wild, breath stealingly wild, the strongest force of wind I have ever walked in. Totally exhilarating but really like pushing hard against a heavy locked door. Wild! Beautiful and wild. Coming back was almost weightless. At one point Farmer had to catch hold of me as I was being blown off my feet. 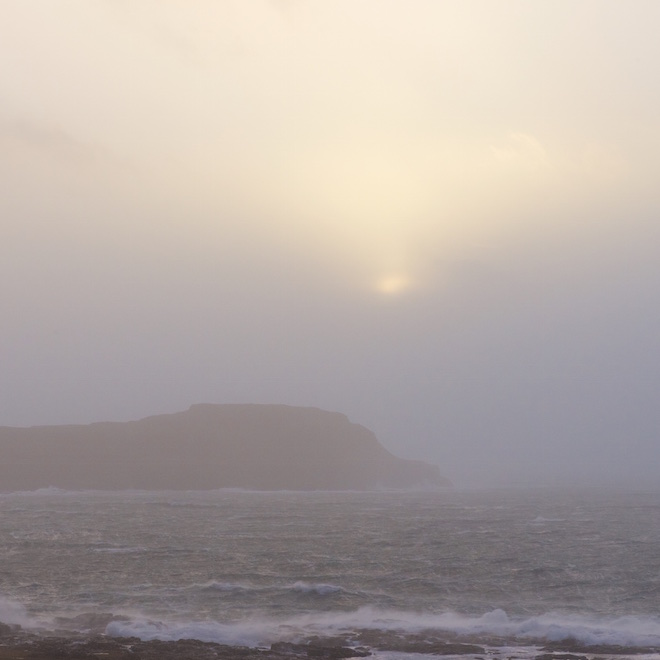 5 hours later and the winds of Storm Henry are still roaring. It is dark and we have candles at the ready, just in case we have a power cut.