You are here: Home / Blog / Tailor of Inverness

We managed to get away for a night at the weekend to see the Tailor of Inverness.  This one man (and a musician) play, written and performed by Matthew Zajac, tells the story of his father, born in eastern Poland, from the outbreak of war, his journey to Scotland and his settling in Inverness.  Those of you who know me will know that I am half Polish, and that my father had a similar though very different story. I had missed seeing the Tailor of Inverness when it came to Mull a few years ago, to the Mull Theatre, so I was really keen to see it when I heard it was touring again. 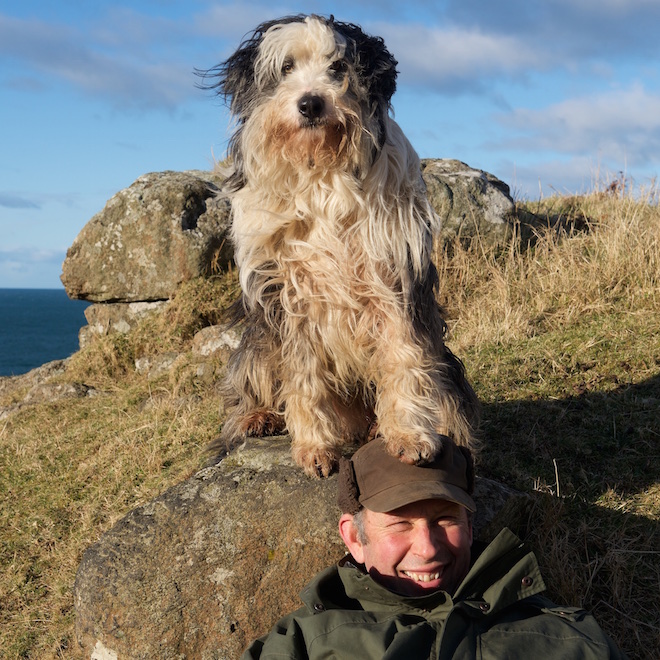 The night before we went away, the stars were incredibly bright and there was not a breath of wind. It was cold, and almost crunchy underfoot. The turkeys had gone to roost – not in their comfortable dry shed with roosting perch, but on the roof of the farmhouse extension. There was no way we could get them down. I stood outside under the stars marvelling at how bright they were. Earlier in the evening we had seen the ISS pass – it moved so quickly. 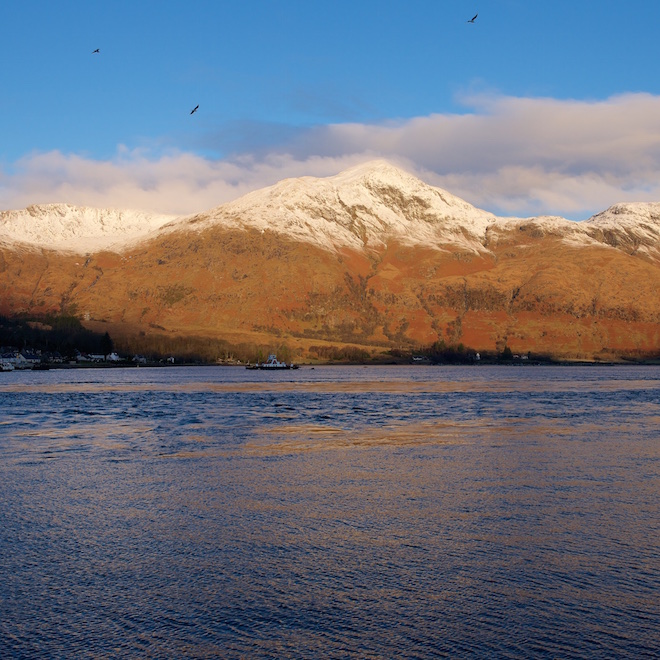 We dropped Coco in the morning at her ‘second home’, and headed for Lochaline. It was wonderfully sunny and clear. We had coffee with friends on the way, picked up something to eat on the move from Fort William, and were in Inverness by 2.30pm. Top of the shopping list was bathroom paint for East Cottage! We were staying in the Premier Inn right on the river Ness. We found somewhere to eat (it was Valentines Weekend so the two places we wanted to go to were already booked, even for 5.30pm) along the river, on our way to the Eden Court Theatre. It is always lovely to walk along the river in the dark – trees are lit with pretty sparkling white lights and the bridges lit with different colours. 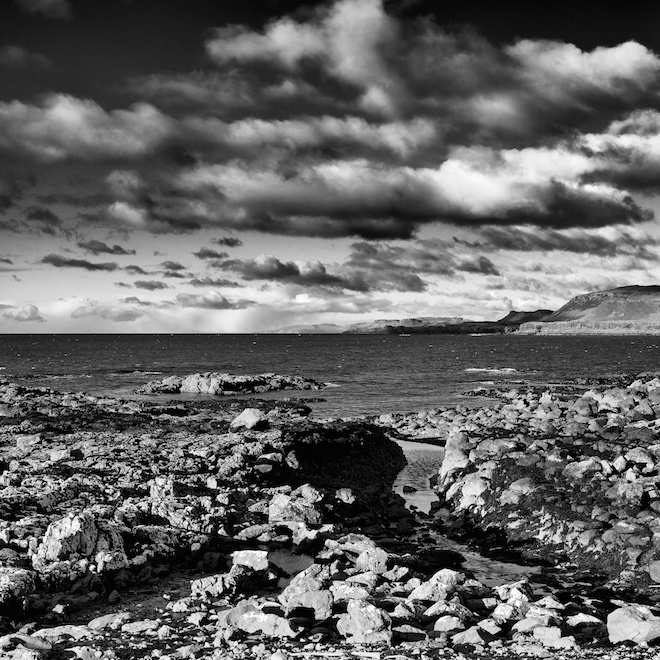 The Tailor of Inverness was worth waiting for. Matthew Zajac really carries the story so well, with so much energy. I would see it again tomorrow, as I know I would get even more out of it. It brought back memories for me of my childhood, hearing that accent – Scottish-Polish, the same words missed out of sentences, the same mispronunciations, hearing similar stories – feeling some of the sentiment, some of the anger, some of the humour, and some of the sadness.

I recommend it, if it is touring anywhere near you – go!

As we came out of the theatre we could see snowflakes falling – transforming our view into something rather magical, and we walked back to the hotel room with snow at our feet. An early start in the morning and an easy drive with very little traffic meant we caught the 10am ferry from Lochaline back to Mull. We had been off Mull for 24 hours exactly! It was beautiful seeing the mountain tops covered in snow, coloured pink by the warming sun. A wonderful day, and we got home to a lovely afternoon, and the turkeys tried to roost on the upper bit of the roof tonight, and Daughter nearly left home at the thought of it. Thankfully she safely flew to ground again and we were able to persuade them to go to roost in their shelter.