You are here: Home / Blog / The Isle of Iona

The Isle of Iona is one of our favourite places and we had been invited to go down for the night to a party. Thinking we could make a day of it, we left home late morning.   The coast road from Treshnish via Killiecrhonan and Gribun is our favourite route, and there was very little traffic! We stopped at Gribun to have our picnic, and enjoyed watching the reflections of the clouds on the grey wet sands at low tide.  A Rock pipit sat preening itself on a rock a short distance away and Oystercatchers worked the low tide margins. 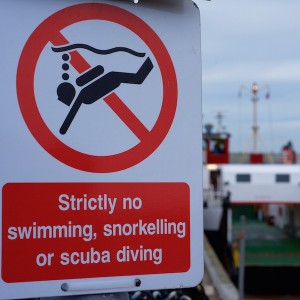 An easy drive from there on to the Ross, it is always lovely to look at the view out to the Treshnish Islands from the top of the road before it leaves the sea.  Along Loch Scridain we saw dozens of seals basking on rocks and a diving boat with its flag up, presumably diving for scallops. At the fishermans pier at Bunessan, a fisherman was taking advantage of the neep tides, painting his boat from a ladder.  And on to Fionnphort where we parked in the car park back from the road, and unloaded our bikes.  We could see the ferry waiting on the jetty.  The forecast was to be windy later on, but there was a cool breeze by then.

We dropped our bag and headed off, via a brief look in the lovely Iona Craft Shop (some beautiful things.. online Christmas shopping maybe?), to Camas Cuil an t-Saimh – the Bay at the Back of the Ocean. There was a line of pale pink light on the horizon and some good waves breaking on the rocks.

Iona is a wonderful place on a bicycle, especially for the likes of me who don’t get on a bike often enough.. it is not too hilly! 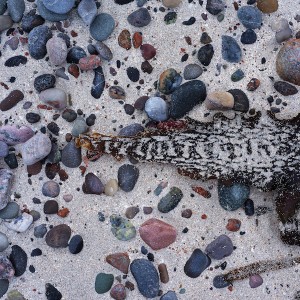 It seemed a lot windier as we headed back to the village, but the sun was trying to break through the cloud and there were lovely reflections on the sands. The 3.30 ferry was loading up on the Iona side. 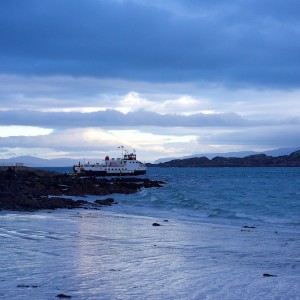 The North end was our next port of call, and a walk on the beach beckoned. 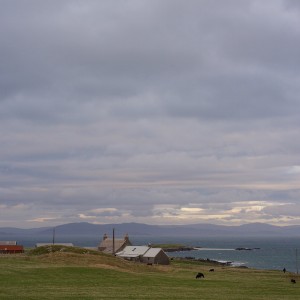 My phone starting pinging with messages at that point, and as a result we had to quickly change tack and head back to catch the 4.30 ferry home!  No party for us!  We rushed back, cycling into the strengthening wind this time, picked up our bag, apologised to our hosts, and headed to the ferry. The captain was in a hurry to unload and load up again because of the weather. It was quite rocky out in the middle of the Sound, and the crew were hoping to be able to run the last ferry so they could get the schoolchildren (who go to high school in Oban) home for the weekend.

This was not quite the ending to the day we had expected but even just a couple of hours on Iona bestowed us with a sense of its calm and its magic.   The weather was windy and overcast until the last rays of sun came through the cloud, but it was still so beautiful, and we felt refreshed by its quietness. 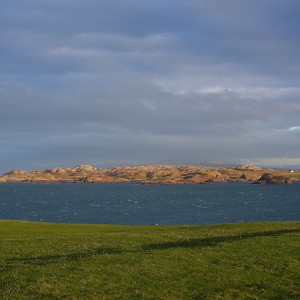 I have to say the drive back in the dark was really easy. There was very little traffic and we made it home more quickly than during the day.