You are here: Home / Blog / The Marble Quarry

Last month we had a short break on Iona.  We wanted to go to the Marble Quarry as I hadn’t been there since I was a child.   Following the coast, and seeking our path without a map, we eventually reached the Marble Quarry.  In hindsight it certainly wasn’t the most direct route, but it was so beautiful, with wonderful views in all directions, and much to look at at our feet. 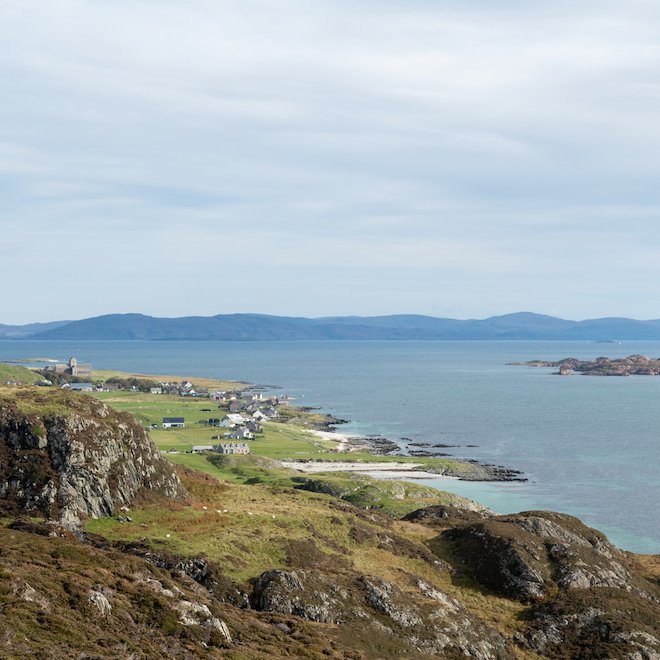 We walked away from the village to the south and across the beautiful Traigh Mhor beach, blindly assuming there would be a path leading us to the Marble Quarry.  There wasn’t a path as such.  You can see the beach in the photograph above, with the village beyond and the Abbey too. 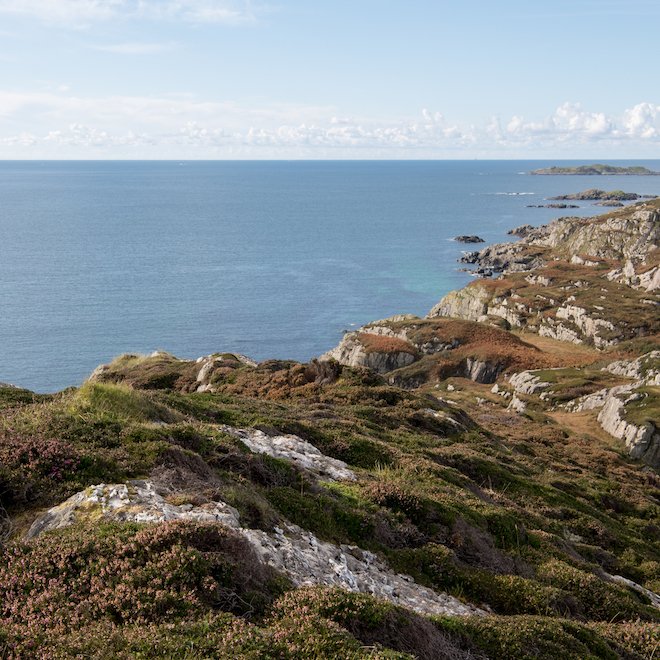 We picked our way along the shore, climbing up on to heather covered rocks and across amber boggy ground, with wonderful mosses and lichens.   Saw a few sheep.  Questioned ourselves as to which bay the Marble quarry on Iona was in. But soaked in the views at every opportunity and enjoyed the birdsong and humming of bees as we walked.  We stopped on a pebbly beach and brewed some tea on the camping stove, sitting in the sun, enjoying its warmth and the sense of quiet.

One lone walker crossed our path at a distance, too far for a wave or perhaps he didn’t see us.  Apart from that we saw no one until we got back on to the tarmac road. 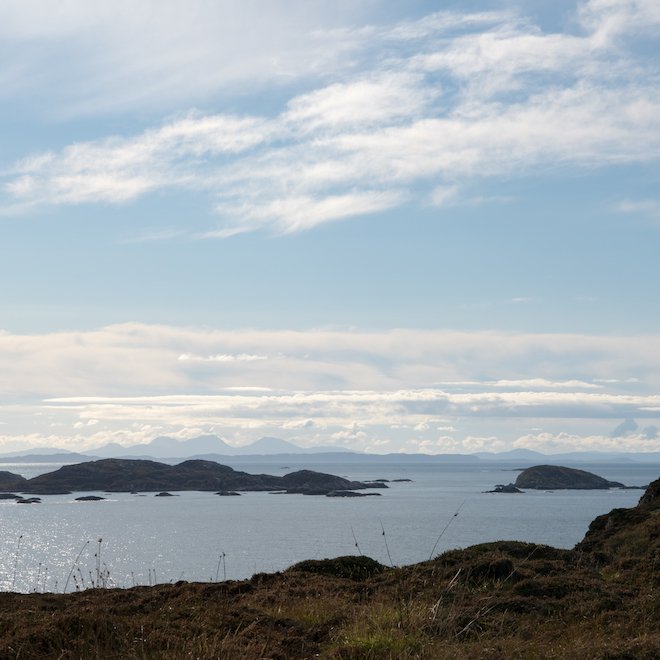 The higher we clambered the more extensive the views become.    To the south, we were seeing the Paps of Jura, Islay, Colonsay, Erraid, Mull.  And to the south west, we could see the tip of Northern Ireland!   Skerryvore Lighthouse sat on the horizon between the distant Irish landmass and Tiree following round to Coll and the Treshnish isles and our familiar Treshnish headland!  Then to the north we could see Rum, Eigg, Muck and the Cuillins on Skye.  An astonishing view!  Below us crystal clear turquoise waters. 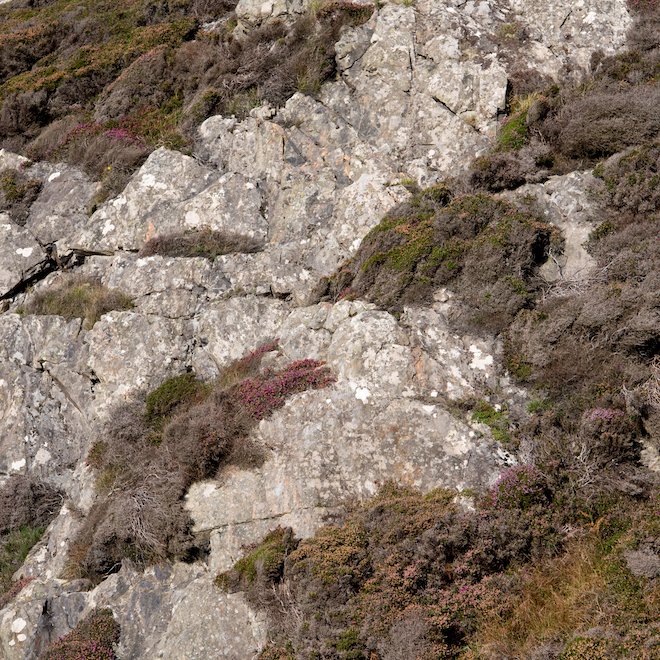 We got to the point where we felt we needed to head inland a bit to find the proper path.  This we did, and found ourselves walking down a gentle gully and there it was.  It was perhaps smaller than I thought it would be, and I hadn’t expected to see the machinery still in situ.  A guide book might have been useful at this point to explain what we were looking at!

The Marble Quarry is a scheduled monument.  There were several attempts to quarry marble here over hundreds of years – the first possibly as early as 1745 by the Earl of Breadalbane. The last attempt was in 1917 and it was closed before the end of World War I.  As seems apparent, its location makes getting the marble out difficult, and extraction itself was challenging. 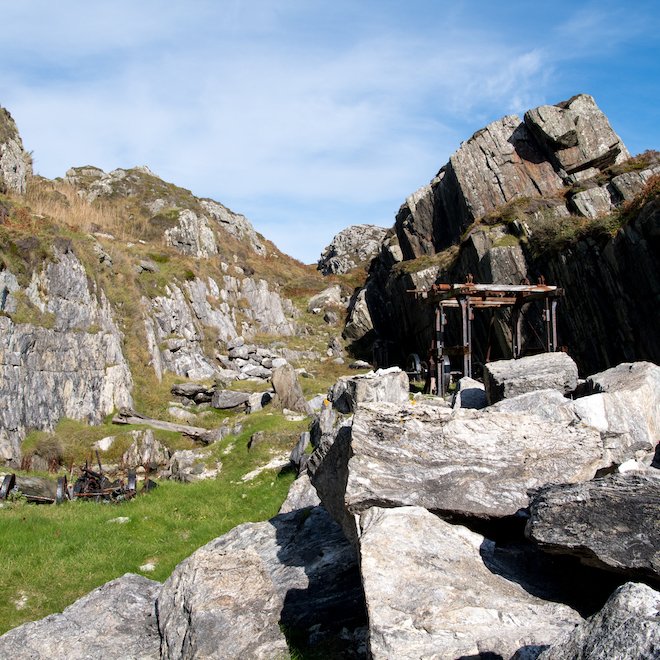