Last year I helped on the RNLI Raffle stall at Tobermory Lifeboat Day. I remember it rained a lot, and we huddled under an awning selling raffle tickets. This year the sun shone all day! 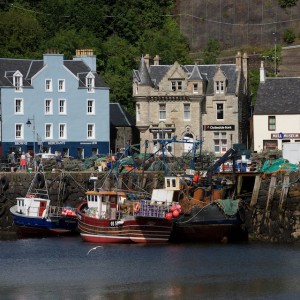 Most of the activity of the day was centred around the Tobermory Harbour building, Taigh Solas.   There were lots of stalls raising money for different local groups and charities – such as the newly started up Riding for the Disabled. Stalls selling delicious local produce – I had Fish pie from Tobermory Fish Company, Farmer had an island burger!  Daughter was off with her pals so we didn’t see her at all. 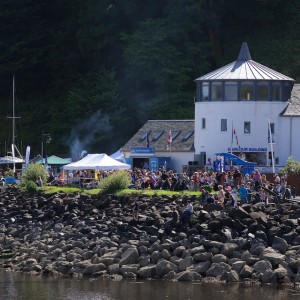 Boys with buckets and hand lines fished from the pontoons. Families queued to tour the Tobermory lifeboat and took short turns round the bay on the Sealife Surveys boat. People ambled, and people sat, enjoying the sun as we did, and catching up with friends.  The Mull Aquarium was open and donating 20% of its entrance fee to the RNLI, so Farmer and I went to have a look. It was really impressive and I will blog about it separately. 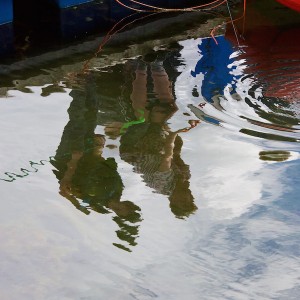 The Royal Navy Rescue helicopter came across to do an exercise with the Mull lifeboat crew.  I heard someone say it was 43 years old. 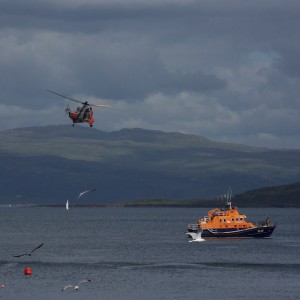 The raft race took place as usual, with 6 or so rafts.  One of these had a bicycle on ‘deck’ which one crew member was to peddle (and drive the paddles at the back). What a great idea we thought -particularly inventive, though we were not sure if the designers had actually tried it in the water before the race! 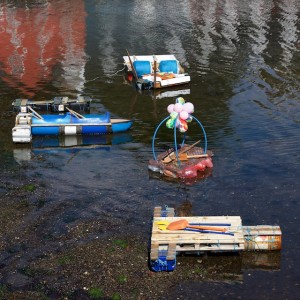 The Mull skiffs were there, and 8 teams did a Skiff Knockout, with the Firemen winning overall. It was amazing to see the effort employed in racing these beautiful boats. 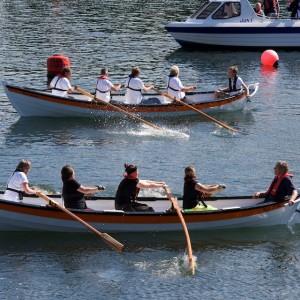 The 2 skiffs wait for the whistle to blow to start the final! 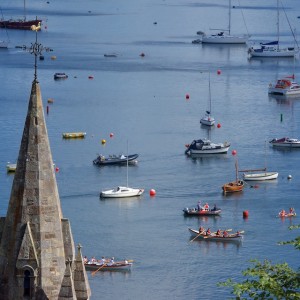 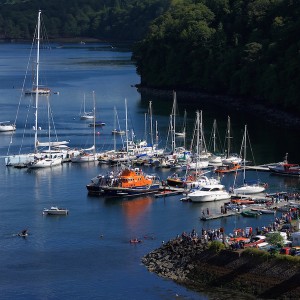 All in all, it was a wonderful event, and I hope they raised a suitable amount of money for RNLI funds. It is amazing to think that the RNLI survives totally on donations, and yet is a vital service to maritime communities around the UK. Well done to all involved in making it happen, and thank you to the sun for shining too.

Previous article Scarecrows
Next article August in a Mull Meadow