The Treshnish dogs are a really important part of life here – we could not be without them. With our sheep scattered out across the hills the three working sheepdogs are invaluable in helping get the sheep safely gathered in and at times when Farmer needs to corner and catch one, the dogs need to have the strength to stand up to a sheep as well as the gentleness not to harm them. Because we have so many visitors on the farm it is essential for us that the Treshnish dogs are friendly too.

Cap is our number 1 sheep dog. He came to Treshnish in 2007, in time for lambing, aged about 2 years old. He was bred on a farm at the top of beautiful Glen Lyon in Perthshire. All but fully trained when we got him and having had the huge hills of Glen Lyon to practise his out-run on, he tends to go very wide when Farmer sends him round the sheep, but he runs up and down the cliffs along the coast really well. He is gentle and loyal, and loves playing with balls and squeaky toys. 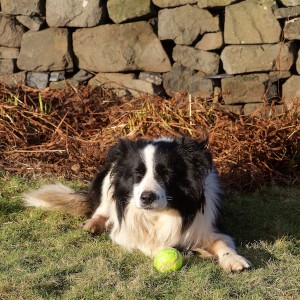 We got Jan a year or so later, having unexpectedly lost a dog, Fly. We bought her from a woman in Angus who had several dogs for sale at the time, and who suggested we chose a different one – but Jan seemed to need us to give her a home – her history was mixed, she had been moved around a lot and never been on one farm for long. Not always the best reason to buy a dog but she is good and loyal – and we love her! She is, if anything, a little too timid with the sheep, she doesn’t like going into the field with the tups for example, and sometimes she legs it home without helping at all! 3 years ago she had a litter of 7 puppies to Cap, and she was a fantastic mother. The pregnancy took us all by surprise and meant that she was off work during lambing but Farmer managed to get through with Cap on his own. 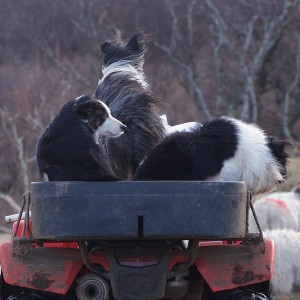 Walter came to us in October 2013, we were asked if we would like to give him a home, completely out of the blue. We have a soft spot for bearded collies, and once we saw him there was no way we would say no really. He has settled in really well, he has the friendliest most gentle nature and everyone loves him. I have never seen a dog adore his master quite to the extent that Walter loves Farmer. Farmer hasn’t done as much training with Walter as he should have done, as Walter is very keen. His main role seems to be to follow the Farmer and stay by his side as much as he can. What is going on with the one ear that sticks up most of the time I am not sure! 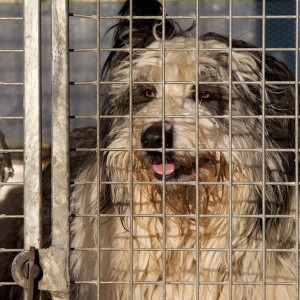 Lastly but not least, Coco… Clearly not a working dog, she became one of the Treshnish dogs in June 2012, following the death of Tig. She has taken a long time to mature, and we are only just able to let her off the lead, as she has finally at the age of 2 and a half started to come back to us. However I would not walk her near livestock as I don’t want to risk her trying to ‘play’ with the sheep. I know she likes to chase things – which is not good if you live on a farm with a lot of sheep and the lovely wild hares that live in the fields around and about. 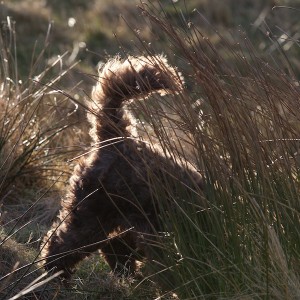 Our dogs are good natured and friendly, but the farm is their territory and their home. We welcome guests to bring their dogs to stay in the dog friendly cottages here, but hope they will understand that their dogs are coming into the territory of another dog and that it is not the same meeting other dogs in the neutral territory of a public park or on a beach.