The Treshnish Isles were part of Treshnish until the farm was sold in 1994 and the Islands were retained by the vendors. A few years later they were purchased by the Hebridean Trust and they are still owned by the trust now. Historically I suppose it would have been nice if they had stayed part of the same unit, but there was no way we could have bought them, even if we had wanted to! 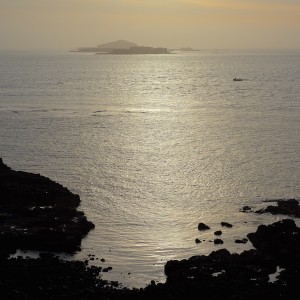 We can see the Treshnish Isles from anywhere on this side of the farm, and today I walked out west to watch the afternoon light and the sea and ended up with a wonderful view of the Treshnish Isles. I walked through the gate beyond the Haunn Cottages and up onto the hill to get a better view. It was magical up there, I watched ravens and buzzards, and plotted the progress of a fishing boat dwarfed by the enormity of the view. Some time later, Farmer came down to join me and together we walked out onto the Dun. You can feel the defensiveness of the site, you can see a long way along the coast in either direction, a perfect natural fortress. 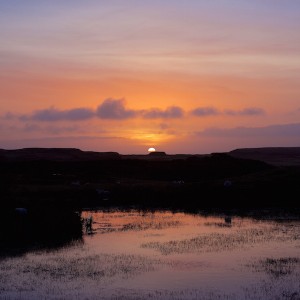 Not long after we got back to the farm, the sun started setting. It was almost surreal. There was a strong haze to the colours which seems to permeate the air, as if the sunset was not just on the horizon but right in the garden too. Quite magical. 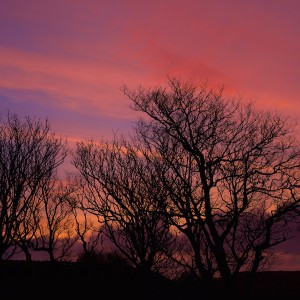 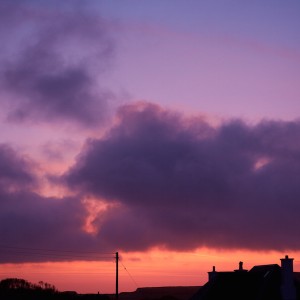