You are here: Home / Blog / Washed up on Mull

Washed up on Mull

Last night we went to look at a boat.  No ordinary boat.  One with quite a story to tell. 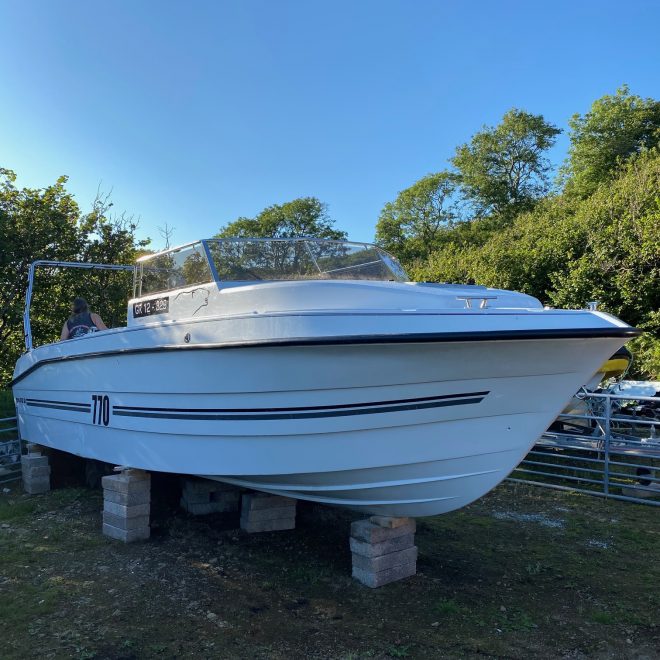 Discovered by a local shepherdess (Rhoda) this boat had washed up on the shore near Ulva Ferry in early March.   (You may have seen photographs of Rhoda shearing our sheep on the farm blog over the years – she is a great friend to Treshnish, doing all our shearing and fencing, and selling us fine tups!)

The boat was in a superficially sorry state, bashed and covered in Goose-neck barnacles.  Upturned and lying in the tideline.  Rhoda reported the discovery to the Coastguard and the wonderfully titled Receiver of the Wreck.  She investigated the boat further and found that it had been reported missing last April, having fallen off a container ship on its way from Denmark where it was made to its new owners in western Greenland.  Unbelievably it washed up on Mull eleven months later. 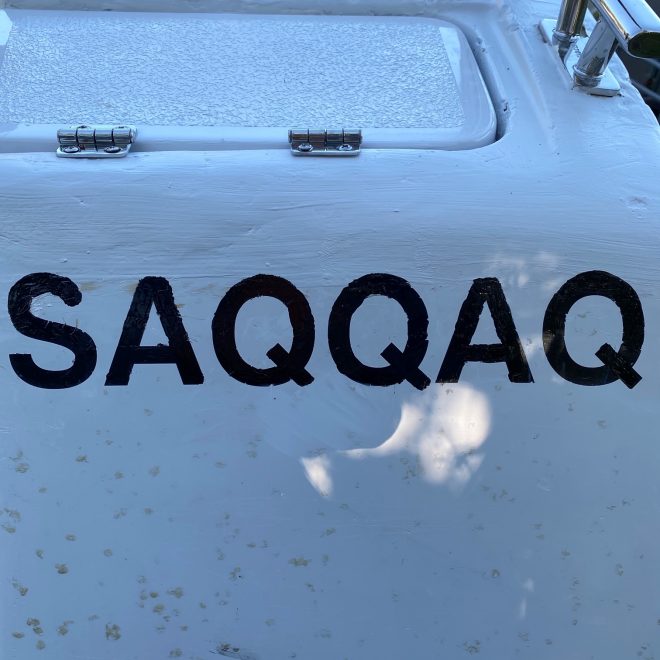 Within a month or so, Rhoda was told she could keep the boat.  The insurers had paid up and the owners were happy for her to have it.

Then the task of renovating her began.   The Danish company, Poca, who made the 25′ boat have sponsored the restoration project, and sent across the bits and pieces she needs including a new pair of swivelling seats and the specially shaped glass windscreen. 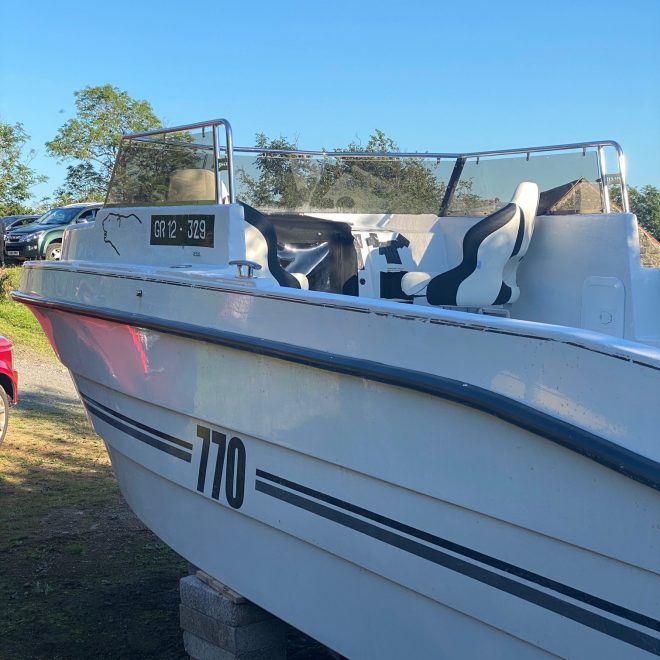 Rhoda has spent her spare time during lockdown, when not fencing or shearing thousands of Mull sheep, repairing all the dents and cracks and cleaning off all the barnacles from her bottom.   In her research, she even managed to talk to the man who saw the boat slip off the deck of the container ship.  He suggested the name, Sarfaq, which is Danish for Ocean Current.  Fitting name for a boat that made its way here on an ocean current. 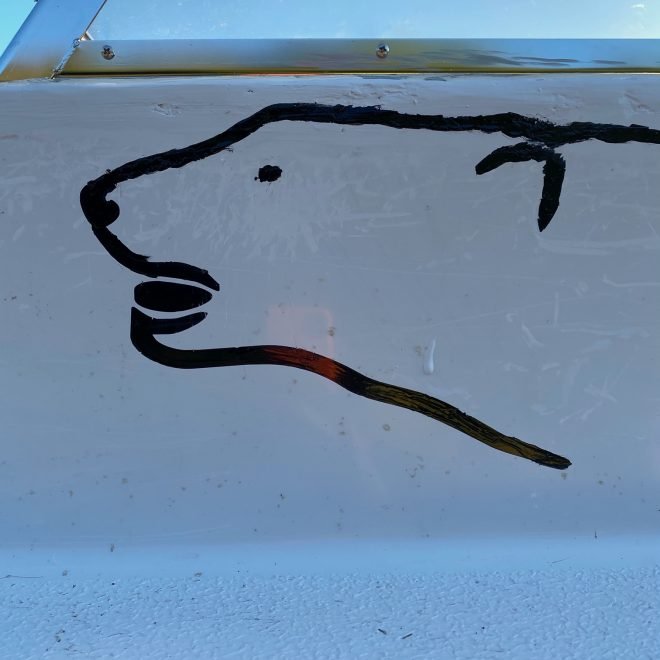 Ocean Current feels very sturdy and stable and it was impressive to see how much work Rhoda had done in getting her back in shape.  All she needs now is an engine..