You are here: Home / Blog / What we did in the winter

What we did in the winter

Over the winter I have been working on a photographic project, imaginatively called The Fank Project.  A record of the stone fanks on Mull, Iona and Ulva using a drone.

The seed of an idea for the project germinated when our neighbour told us he was retiring.   We knew the beautiful stone fank on his farm was one of a very few still in use.  Would it still be used after his retirement?   Or would it be left like so many others to slowly decay into ruin?    As a farmer I was looking at the possible end of a certain way of doing things, towards a time when the stone fank in use is a thing of the past. Treshnish Farm never had a stone fank, though there is a small one at Haunn.

Having been invited to show some of my aerial photographs at An Tobar to accompany an exhibition by a textile artist influenced by aerial photography, suddenly Fanks become a natural choice of subject. And so the Fank Project was born. 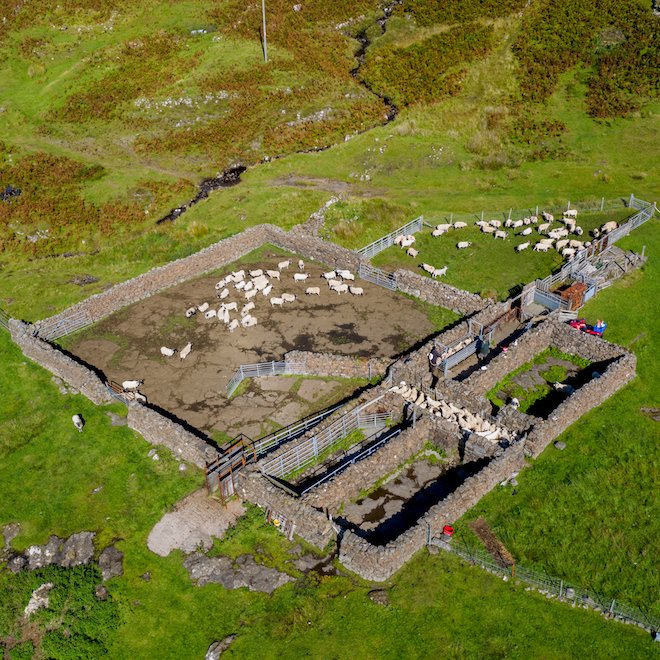 What is a fank?

Fank is a Scots word used to describe pens used for handling sheep.  They were originally built in stone though nowadays they tend to be wood or metal. The stonework is usually impressive and the design of each one appears to be unique.  The dimensions of the fank might reflect the size of the parcel of land it is situated on, and will be influenced by the number of sheep it was built to handle.

You cannot look at the fanks we see around us without considering the circumstances in which they were built.  They are the result of huge change on the islands. 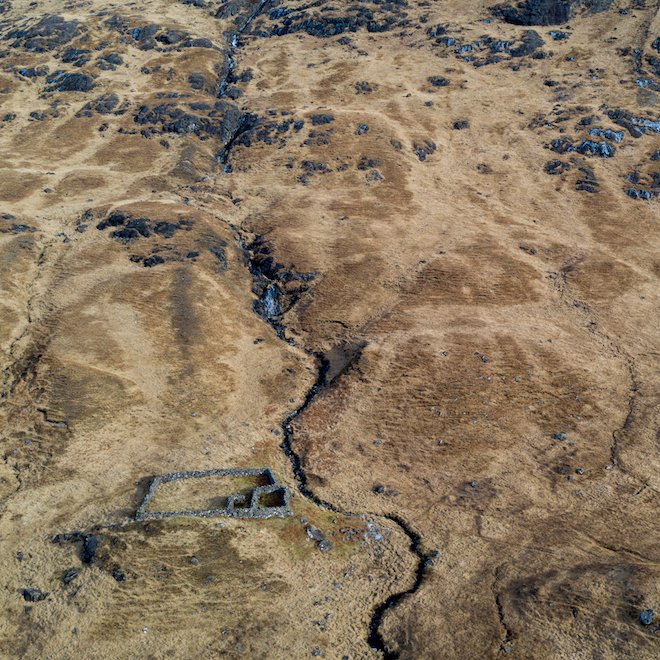 In the 1830s the islands had a population of around 10,000.  By the 1880’s it was less than 4,000.   What happened in between was a horrific period of history with huge suffering and adversity.  The islands experienced several years of potato famine, the collapse of the kelp industry and the Clearances.  Whole families were cleared from their homes or died from starvation, resulting in the ruined settlements littered across the islands.  On Ulva the population went from 600 to 150 in a matter of years. 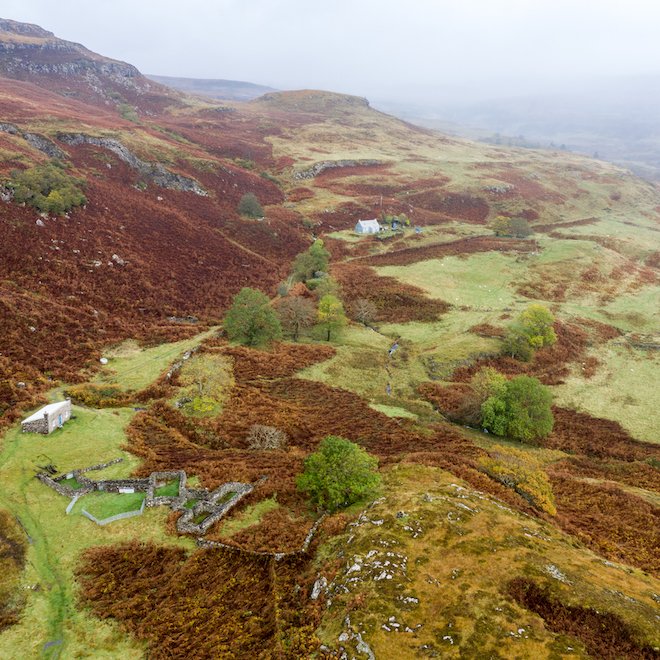 So these beautiful stone constructions have a hidden dark history.  I am ashamed to admit to start with, it didn’t dawn on me what a huge symbol of change the ‘modern’ fank was.  It dawned on me when flying over the fank at Lagganulva, I could see the fank walls erect and strong with only a faint impression of the ruins of the nearby settlement visible.

Built post Clearances when landowners introduced huge numbers of sheep to the land so recently vacated.   Often built from stone robbed from the now deserted blackhouses and in the case of Glen Cannel, built on top of a burial ground.

Crofters worked small parcels of land and would have had a manageable number of animals, shared grazing on hillsides and worked their runrig to grow their crops.   The fank they would have needed was small. Only a couple of pens.  These fanks are more difficult to identify as they are often not marked on a map.

To the present day

Imagine standing in a stone fank now when it is full of sheep and shepherds are quietly working with them.  You cannot help but think of the hundreds of times these walls have held sheep and stood the test of time.  It is a cliche but what stories could these walls tell. 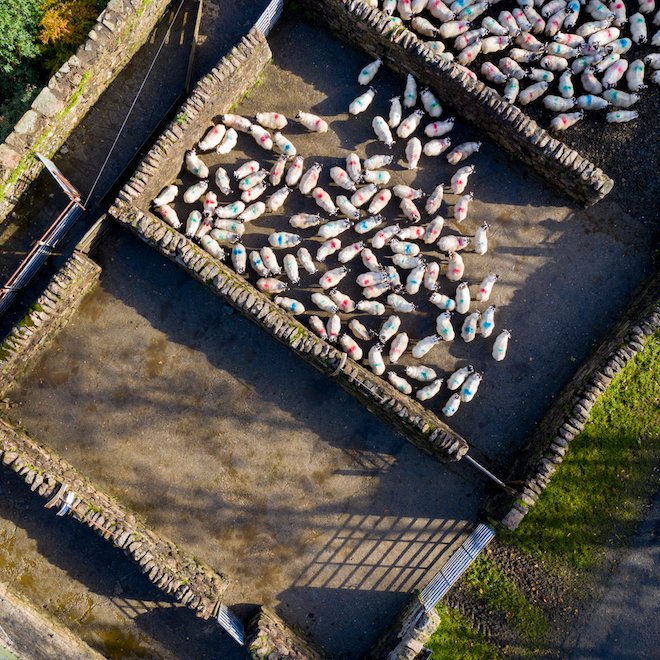