You are here: Home / Blog / Winter storms at Calgary

One of my favourite things to do at this time of year is to dress up warm and watch the winter storms at Calgary. Storm force wind speeds rose 36 hours ago. The storm came from the north west and battered our bedroom windows with a vengeance!  I took this photograph through an open window as the sun was rising. I still managed to get a wet camera lens! 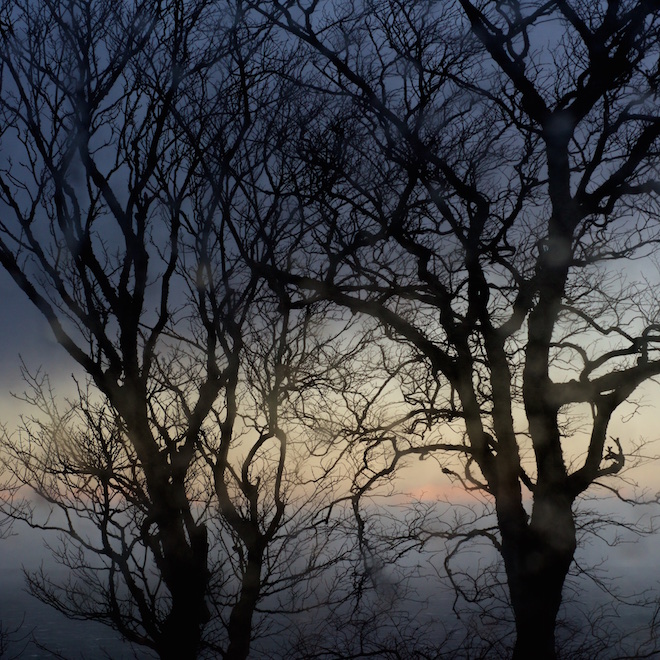 During the day in the height of the storm I wasn’t able to walk on the beach but I made up for it and walked today.  The winds were much calmer but there was still lots to see.  It may be a little cold for ice creams however it won’t be long before this ice cream shop is open again.  In the summer months selling the wonderful Isle of Mull ice cream made in Tobermory! 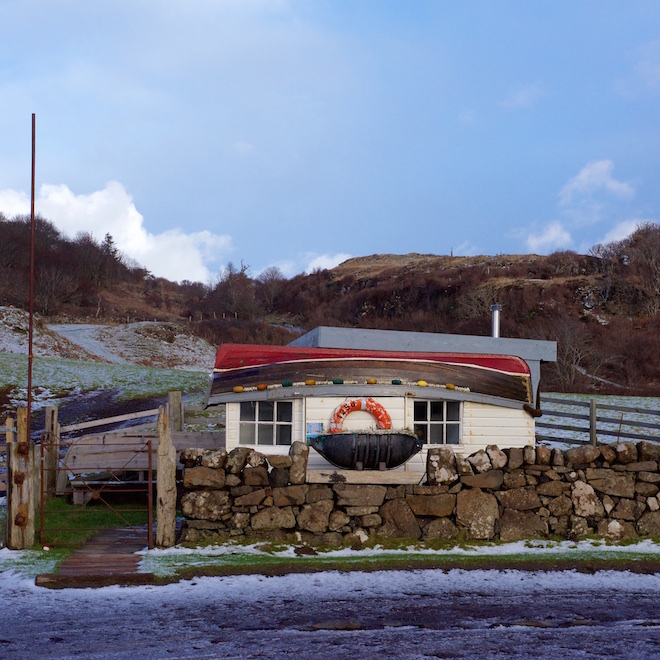 Velella velella or By-the-wind Sailors occasionally wash up in large numbers on west coast beaches.  Sometimes in ‘rafts’ kilometres long.  It is more common to find them on the west coast of Canada or California, but they are seen here sometimes.   There were thousands washed up on Calgary Beach two days ago.  With the ferocity of the winter storms at Calgary this week, I did not expect to find any at all.   When alive they are a beautiful almost iridescent blue. 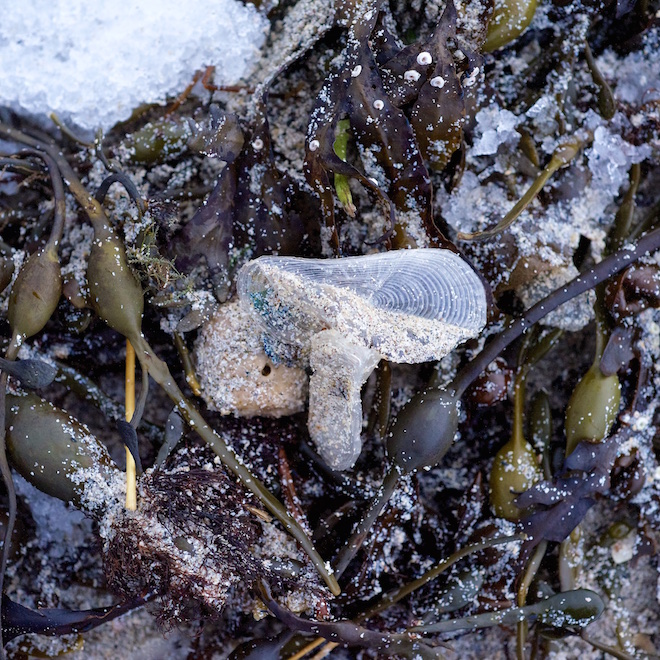 Another victim of winter storms at Calgary are Goose neck barnacles which live deep in the ocean.  These have come ashore on a driftwood log raft.   Sometimes we find them attached to old buoys or plastic cans.  It was nice to find them on something a bit more natural today.  A lot of places in the UK are experiencing snow storms today.  We have had hail showers which you can see on the sand.  It gives the beach a very wintery look, and makes the sands feel much darker.  Normally in the summer they are dazzlingly white. 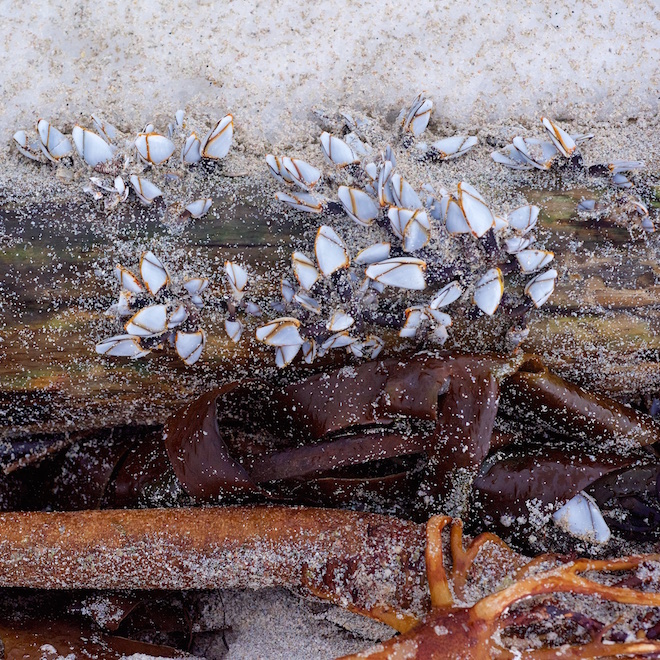 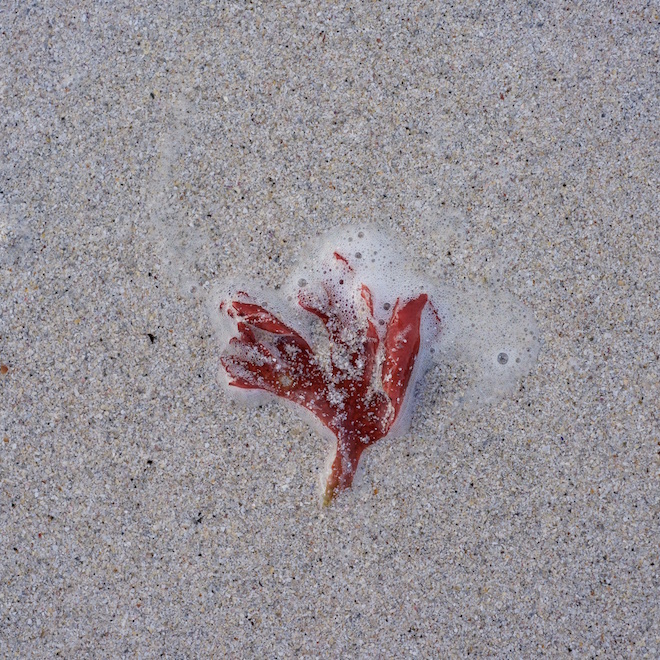