You are here: Home / Blog / Winter storms on Mull

The season of winter storms has begun, and the Met Office seem to have decided to start naming them! The first one was Abigail, which thankfully was not as strong as they forecast it to be. That was last weekend, but since then we have had a couple more. Already we have lost track of whether they were named storms or not! In fact there is a joke going round that at this rate we will have reached Storm Zebedee by the end of the month..! 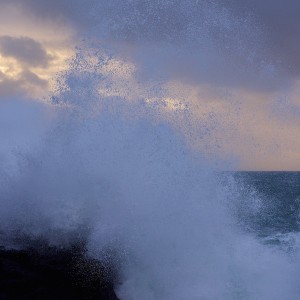 We had a friend staying last night and so we braved yesterday’s winter storm and walked out beyond Haunn, towards the Point and down on to the shore. There is a plateau of rock which juts out into the sea. It was bound to be wavy! It didn’t disappoint. There were clouds of sea spray blowing up one gully and fantastic waves breaking on the rocks, coming in one after the other, again and again, breaking against the rocks and against themselves, into a crazy mess of white water and foam. 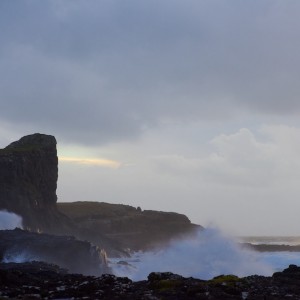 It was noisy and wild. We stood well back from the edge of course, as there would be no second chance if you fell in. 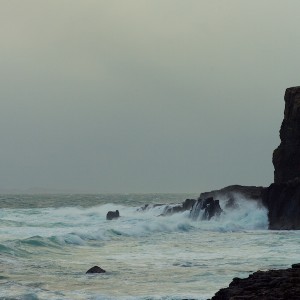 Our walk was exhilarating to say the least. The noise of the wind, the waves breaking into clouds of white foamy flakes, the colour of the skies with the sun breaking through every now and then, and occasionally ferocious rain bursts.. totally wild and possibly a bit dangerous. Walking back up the hill to the cottages, a gust of wind caught me unawares, and I had to put my hand out to stop myself from falling over.. 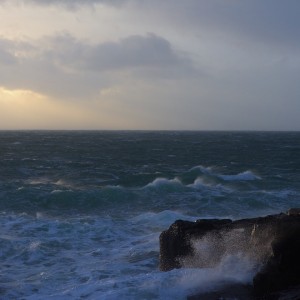 We watch the forecasts quite carefully at this time of year, as the weather does dictate a lot of what we do, or more to the point, when we might decide to do it. The website we use the most is xcweather. It seems to be the most reliable for us. Tomorrow Farmer needs to put the tups out, the start of the new farming year, but he needs to put them through the fank first so would prefer to do this in dry weather, not in the snow storm forecast for the morning! 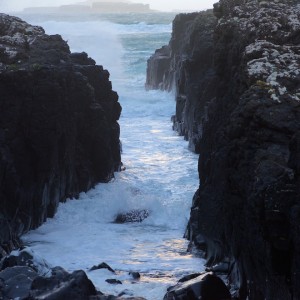